While Australia is fighting a heat wave, it is snow and frost that have been paralysing much of Europe. In some countries, the mercury has dropped to a record -33 degrees Celsius (-27.4 degrees Fahrenheit) - and with dire effects: in Ukraine, 11 people froze to death in just one weekend, while twenty thousand people were left without electricity in Norway after heavy snow pulled down electricity cables. Latvia experienced its coldest night in one hundred years. And, the Czech Republic, too, has been hit by the sudden arctic spell, as Dita Asiedu reports: 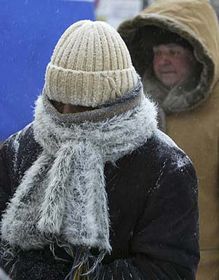 Photo: CTK "Je tady zima jako v Rusku" - it's as cold as in Russia. A popular Czech saying in winter. According to Jan Pretel, from the Czech Meteorological Institute, the saying literally came true this week:

"The terrible cold is coming from Russia. There is a very cold arctic air mass that has reached the Baltic States with -30 degrees and that is why the Czech Republic is also battling cold temperatures. This morning we recorded -24 degrees in the Silesia region around Ostrava."

The bad news is that there is more freezing weather to come. Roads are already turning into skating rinks, water pipes are threatening to burst, roofs are caving in, trains are delayed, and some schools are thinking of closing down because they cannot afford to properly heat their classrooms.

So far, the winter season has claimed at least 12 lives with the most shocking death last Saturday when a fifty- year-old homeless man fell into a fire that he had made to keep himself warm. He was one of thousands of homeless people in Prague. And yet, says Pavel Pinkava from the city's Centre for Social Services, the Czech capital - where an estimated thirty percent of the country's homeless are - still fails to come to the aid of many homeless in the cold winter nights: 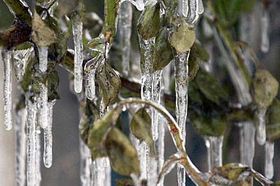 Photo: CTK "We do not know exactly how many people we have on the streets in search of a place to stay over night. This winter, the Salvation Army and other humanitarian organisations have been offering more beds or at least shelters with chairs. City Hall is also doing everything it can to help the homeless but its help is limited: it isn't easy to acquire buildings in neighbourhoods without sparking protests from local residents. So, some people have to find other ways of keeping warm. They often choose unconventional places like night trams and buses, the main train station, or warm water canals."

Doctors have also advised the elderly, children, and people with heart problems to stay indoors this week when night-time temperatures are forecast between -18 and - 24 degrees Celsius and -10 to -15 degrees Celsius during the day. 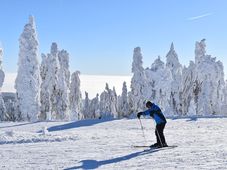 Most Czechs enjoy winter sports and are willing to spend large sums of money on holidays at ski resorts at home and abroad. The Alps… 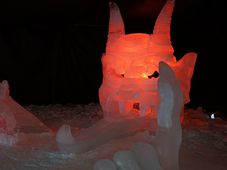 A giant dragon, a knight in armour or a beautiful princess - these are just some of the monumental ice sculptures currently on display…