The Czech Republic has slipped 10 places on a list of 176 countries in watchdog Transparency International’s annual Corruption Perceptions Index (CPI). Government pledges to curb corruption were largely ineffective last year with warnings that interest groups are “capturing” the state. Photo: FrameAngel / FreeDigitalPhotos.net Transparency International‘s annual Index has rated countries by perceived levels of corruption since 1995 on a scale of 0 to 100, with 0 being very corrupt and 100 being very clean. High marks (90) this year went to Denmark and New Zealand, while Finland and Sweden with one point fewer tied for second, and Switzerland completed the top five with 86 points. The Czech Republic boasts far less favourable numbers. Under TI’s criteria, the country picked up 55 points compared to last year’s 56, and actually slipped ten places on the list of countries, ranking 47th. The result spells the end of an upwards trend since 2014, when the country rose from 57th to 53rd spot worldwide.

Among former Communist bloc countries, the Czech Republic trails the Baltic states and Poland in its anti-corruption performance but is still better than Slovakia, which was placed 22nd in Europe compared to the Czechs’ position of 19th. Despite a pledge to combat corruption by the current government, the country fell short. Some of the reasons? What TI labelled “legislativní tápání” a lack of progress in legislation tackling corruption, including a bill on whistleblowing. 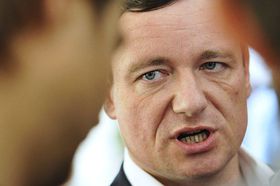 David Rath, photo: Tomáš Adamec Other much needed laws, according to the watchdog, have been watered down to the point of largely losing their original purpose. Then, there were unresolved high profile cases such as the David Rath corruption case focused on the former minister and regional governor or that of former prime ministerial aide Jana Nečasová, all affecting the Index result.

The head of Transparency International’s Czech branch, David Ondráčka suggests that the country’s failure to improve was predictable.

“Stagnation is kind of an obvious consequence of an unfinished job that is being done in anti-corruption policy. We see a lot of cases which got stuck during the judicial procedure, which are seen as flagships in the anti-corruption fight. 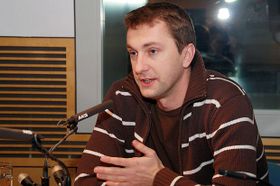 David Ondráčka, photo: Šárka Ševčíková The mention of oligarchs brings to mind Finance Minister Andrej Babiš, a billionaire businessman turned politician and whose ANO party – if polls prove accurate – could win the next election. David Ondráčka explained to Czech Radio that TI when it focussed on the problem weren’t pointing solely at Mr Babiš but at influential financial groups such as PPF, Penta, and the business empires of betting and energy entrepreneur Karel Komárek or former mining magnate Zdeněk Bakala. 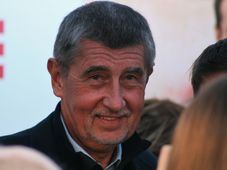