Czech Republic to open up to more foreign workers

The Czech Republic will open up to more foreign workers in the coming months. Amidst mounting pressure from companies, the Czech Foreign Ministry has announced it would increase its capacities in order to handle more applications for work permits annually. 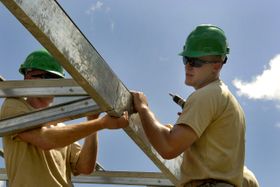 Illustrative photo: Pixabay, Public Domain The country’s stable economic growth and low unemployment – which dropped to 2.4 percent in December – has left many companies short-staffed and desperately seeking manpower in order to be able to meet demand. Many are increasingly dependent on foreign workers and the work permits issued to foreign nationals under a long-term controlled migration plan are proving woefully inadequate.

In order to meet growing demand some companies have started recruiting foreign workers themselves, using various means to do so, setting up recruitment offices abroad, holding recruitment days in selected countries and Skyping with potential candidates. Even when they are successful, visas and work permits often present a problem and take excessively long with companies often waiting a year and longer for a potential employee. According to the Czech Chamber of Commerce, which has long criticized the situation, the processing of a Ukrainian application for a job in the Czech Republic takes seven months on average.

Prime Minister Andrej Babiš has long pushed for the country to open up to foreign workers faster in order to allow companies to fulfil their potential and Foreign Minister Martin Stropnický from Babiš’ ANO party announced on Wednesday that the ministry would increase its capacities in order to process work applications faster and get more foreign workers into the country.

The ministry aims to be able to handle up to 20,000 applications from Ukrainian workers, who make up the backbone of the Czech construction industry, a year, which is double the current number. More manpower should also come from Mongolia and the Philippines, where similar measures will take effect and the Foreign Ministry is also examining programmes for Serbia and Belarus. 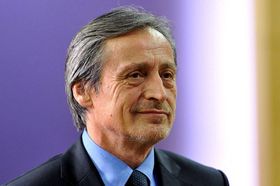 Martin Stropnický, photo: Filip Jandourek The quota for manpower for the Czech agricultural sector is to rise from the current 572 people to 1,500 workers annually, Stropnický said.

He rejected reservations voiced by trade unions who fear that an influx of foreign workers would inevitably present a threat in the form of cheap labour, saying that these foreign workers would be paid the usual salaries. This matter has been discussed by government representatives and employers, the foreign minister said.

The widening of consular services is expected to cost around 50 million crowns and the ministry is considering raising the fee for applications.