A team of scientists from Brno University of Technology is getting ready for an upcoming expedition to monitor and record a total solar eclipse which will be visible across the continental United States on August 21. The team is particularly interested in studying the sun’s magnetic field and the distribution of ions in the solar corona. 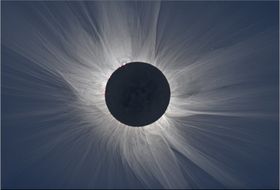 A total solar eclipse in Svalbard, 2015, photo: © Miloslav Druckmüller, Shadia Habbal, Peter Aniol, Pavel Štarha The Sun's corona extends millions of kilometres into space and is most easily seen during a total eclipse of the sun. The team from Brno University of Technology (VUT) is hoping to capture and analyse images of the eclipse using unique mathematical methods to gain new insight into the sun and the corona – the aura of plasma surrounding and extending millions of miles into space. The team is headed by Miloslav Druckmϋller and Jana Hoderová.

The expedition team of around 30, composed both of members from Brno university and Institute of Astronomy of the University of Hawaii, will take up positions at a series of locations across the west of the United States. In fact, positions will be taken at five points in four states.

The crucial one will be at Mitchell, Oregon, where the conditions are expected to be at their best. And one of the sites there will be Whiskey Mountain where tens of kilogrammes of equipment will have to be hauled up on the backs of horses. 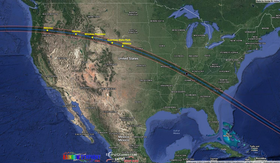 The expedition to monitor and record a total solar eclipse in the USA, photo: VUT Brno During the eclipse, there will just be a very short window of just over two minutes when the measurements can be made and the data collected that should lay the foundation for analysis and results that could take around 18 months or longer to process and turn into final results and images.

Druckmϋller explained how the final images from the collected data should contribute to knowledge about the sun and its corona:

"There will be a map of the sun’s magnetic field of such quality that we would never be able to create otherwise. We would never be able to send a device which could map the sun’s magnetic pole. That’s the reason we have to rely on maps created from mathematical models that are able to visualise the magnetic pole. The images allow us to visualise with a quality that simply would not be possible otherwise.ʺ 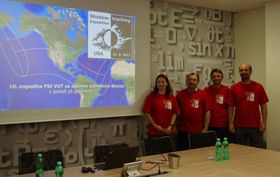 A total solar eclipse in the USA, photo: VUT Brno And he explained as well why climbing up a mountain in a sparsely populated part of the United States was so important for the final outcome:

ʺSome of the experiments that we have to perform have the problem that some of the light we want to analyse is affected by the earth’s atmosphere, which is the case of all light from the sun. But in some cases this is critical. This position is around 3,400 metres above sea level with relatively low humidity so it’s likely to be an exceptional place for observations."

Druckmϋller is a veteran of such expeditions, it is already his eleventh for a complete eclipse of the sun to various points around the globe. But he considers this one will be the most logistically demanding. 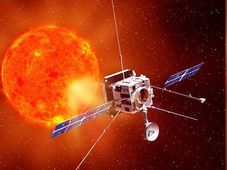 We are not going so very far from Earth today, only two and a half light-minutes or so, to a point where, come 2017, Czech technology… 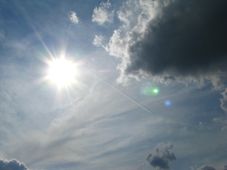 Every summer we are warned about the risks of spending too much time in the sun. But try to find a spot by the water in the Czech Republic… 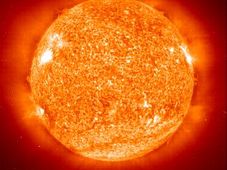 Monday, September 13th was a beautiful sunny day here in Prague, and that was rather apt, as it was Czech Solar Day. Its aim was to…