Czech scientists on track for drug against Zika virus

Czech scientists believe they have taken a significant step in coming up with possible treatments for both tick borne encephalitis and its near relation, the Zika virus, which has already been declared a global public health threat by the World Health Organisation after the infection took off in Latin America at the end of last year. 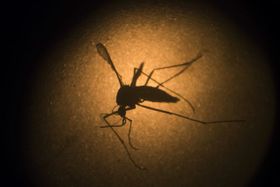 Aedes aegypti mosquito, photo: CTK The Zika virus hit worldwide headlines after dozens of cases started being reported in Brazil and then across Latin America last year. The mainly mosquito borne infection damages the fetuses of pregnant women resulting in massive brain damage, deformation and death. The disease has cast a shadow over the upcoming Olympics in Rio with the most effective action so far being against the mosquitos that carry the disease – there is no cure.

But Czech scientists from the Biological Centre of the Czech Academy of Sciences based in České Budějovice, the Brno-based Institute of Veterinary Medicine, and the Institute of Organic Chemistry and Biochemistry in Prague believe they have come up with promising research results which could pave the way to treatments for encephalitis and Zika.

Daniel Růžek is the laboratory head for arbovirology at the Institute of Parasitology of the Academy of Sciences. He told Czech Radio how far the research had advanced so far.

“We have currently ascertained what group of chemicals is effective against this virus and what is, let’s say, the Achilles Heel of the virus, which we can try and deal with. At this moment we have results from cell cultures but as well as that we also have the first results from tests on laboratory mice. Those test confirm that the chemicals can protect against deadly neurological infections. As I said, these are the first results and it will be a long road to some kind of treatment.”

Actually, it was largely by chance that the Czech researchers were on the track of substances that could be used to tackle the Zika virus. Daniel Růžek again: 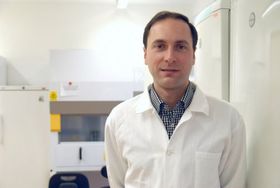 Daniel Růžek, photo: archive of University of South Bohemia in České Budějovice “Our research actually began on tick born encephalitis. That resulted in our being able to discovery the first substances. Then the Zika virus exploded, which is very closely related to tick-borne encephalitis. On the basis of that, we reckoned that the combination of substances that are effective against tick-borne encephalitis virus would also work against the Zika virus and that has been confirmed.”

And the long haul from lab tests to an effective drug that can be used on patients might be shortened in this particular case.

“Usually, it takes up to 15 years from the first stem cell test results or experiments on laboratory animals till the time that a drug comes onto the market. In this specific case the situation might be a bit easier in so far as that some of these substances that have been identified are already undergoing clinical tests. They have already been identified as effected against the hepatitis C virus, And since the clinical tests for hepatitis are proceeding, it’s not so distant that they could be used against other infections.” 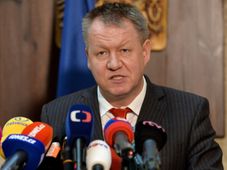 The Zika virus was first identified in humans in Nigeria in the mid-1950s and there have been minor outbreaks of the disease in Africa,…

The reported number of cases of tick-borne encephalitis in South Moravia has more than tripled. By the end of July, 38 cases of the…

The National Institute of Public Health has registered 16 cases of Zika virus infection in the Czech Republic. So far, some 800 people…