The professional ski season has drawn to a close but four Czech athletes, including the Czech ski cross champion Tomáš Kraus, aren’t ready to pull out the golf clubs just yet. In a day’s time, he and a well-known freeride skier and two of the country’s best snowboarders will head to Alaska, where they plan to tackle extreme inclines and pristine powder over the course of 12 days. The result should be a short documentary about skiing or snowboarding at its very best. 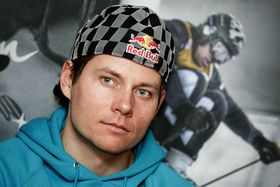 Tomáš Kraus, photo: CTK Many Czechs this year had their fingers crossed for skiing champion Tomáš Kraus at the Vancouver Olympics; but even when he finished well outside the medals the experience didn’t dampen his spirits. On Saturday, the racer clinched the Czech championship title for the fourth time running at the Špindlerův Mlýn. And now he his headed for another adventure: this Wednesday he will travel with three colleagues – Olympian snowboarder Michal Novotný, snowboarder Martin Černík and freeride skier Robin Kaleta – to Thompson Pass in Alaska. There, over roughly two weeks, the four will heli-ski and snowboard on some of the steepest drops in the world, and capture the experience on video. Tomáš Kraus, who has skied the Alps but for whom Alaska will be a new experience, told me more about what he expects:

“Alaska for me – and for all people involved in skiing and snowboarding represents something like the highest goal. The best snow, the steepest slopes, steepest hills, and for me something like the next step in skiing. Of course, I am not sure of exactly what to expect, but two of us are very experienced in freeriding and will be able to help.”

The team, which will live in special caravans and travel by helicopter to sites chosen according to the weather and snow conditions, expects it will take several days to get in gear before tackling tougher areas. Naturally, they will be have safety equipment and will take all necessary steps to minimise potential risks. Ski cross champion Tomáš Kraus again: 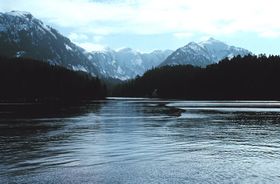 Along with tools to be used in the case of avalanche, the four team members will otherwise be taking along minimum amount of equipment when it comes to snowboards and skis – essentially two pairs each. That, they said on Tuesday, should be enough. Will they be alone in the area when they ski? Not quite: the team will likely run across others on adventures of their own in the area; organisers on Tuesday said that March through May were the best for hitting deep powder in Alaska, and said other well-known personalities from the ski world could likely be there. They could even end up - it was pointed out - with possible cameos in the Czech team’s film. 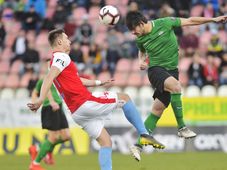 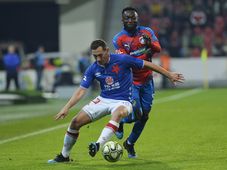