EU leaders meet in Rome on Saturday to celebrate the 60th anniversary of the founding Rome treaty and look forward to the future. That’s the theory, but the Czech Republic and other Central European countries have already put down warning markers over what they regard as moves towards a more multi-speed Europe. Illustrative photo: Pixabay A celebration already overshadowed by controversy, that looks like the menu for the informal Rome summit. A joint declaration at the end of the summit was supposed to be a sort of rallying call for the rest of the EU in the wake of Brexit. The British prime minister, by the way, will not be present at the events.

But deep divisions have already clouded the get together. Poland has warned that it will not sign the declaration if it looks as though it will erode its expectations of closer EU-NATO cooperation, a strengthened role for national governments, and its single market priorities. Greece had drawn red lines as well over other issues.

I asked Benjamin Tallis, a senior researcher at the Prague-based Institute for International Relations, whether the Czech Republic had a clear stance going into the summit.

"There is no clear position from the Czech Republic. There is, instead, confused rhetoric and inaction. Again we see Czech politicians following rather than leading on the international stage but we see them largely playing to a domestic audience, preferring cheap populism to real statesmanship. And that was very evident in foreign minister Lubomír Zaorálek’s comment [on free movement of people] to the newspaper Hospodářské Noviny this week that have caused such controversy in Prague. "

To some extent the Czechs usually try to keep some sort of solid line with the rest of the Visegrad Four, [Poland, the Czech Republic, Hungary, Slovakia] of course Poland is taking a fairly strong or stringent stance on this Rome declaration, do you think the Czechs will echo that? 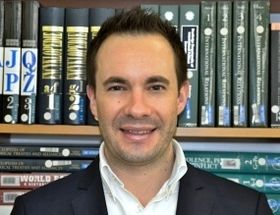 Benjamin Tallis, photo: archive of Institute for International Relations "It’s hard to say. I don’t think the Czechs will take as strong a line as the Poles have done. But it’s important to note that while Poland is ostensibly opposed to multi-speed Europe, it and the other Visegrad countries are the ones that are doing the most to provoke it into being. The reason why we are hearing more talk about multi-speed Europe is precisely because the members who see themselves as core European members, indeed core European countries, are starting to wonder whether they can trust the other European members, particularly the Visegrad countries but also some others.

"We have seen the return of division within the European Union in a serious way between what we can understand as core and non-core Europe. And I think that we have to bear this in mind that although there is a strong rhetorical line against it, the actual practice of the Visegrad countries is actually driving this line forward. Which side of that the Czechs will actually fall on is extremely hard to say. "

Mr. Tallis warns that the final summit declaration might be vague and non-committal in order to get everyone to sign up. But that does prevent real action in its wake though not everyone might be pulling the same way.