Czech students of architecture have joined forces with their colleagues from the Dutch city of Delft to design their vision of a housing construction for Mars. The structure, which resembles an igloo, is woven from hemp fibres reinforced by a special starch-based solution, and was built with the help of a so-called collaborative robot. 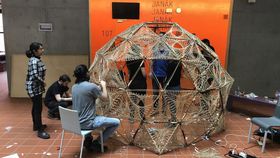 Housing construction for Mars, photo: Vojtěch Koval, Czech Radio The joint project of the Czech Technical University and the Technical University in Delft was aimed at engaging architecture students in using robotic technology. The task was to create a prototype of a housing unit for Mars that could be easily taken apart and transported.

The end result is a two metres high spherical shaped construction, consisting of large pentagon and hexagon-shaped panels woven with hemp fibre ropes. The weaving of the individual panels resembles a large spiders’ web, but most of it was in fact created by a robot, explains Kateřina Nováková, co-founder of the Experimental Studio at Czech Technical University in Prague:

“If you look carefully, you can see that in different places the knitting is slightly different. It was created by a robot using a programme called Rhino Grasshopper. The large panels were made by hand, because the robot doesn’t have a broader reach.” 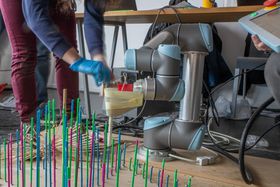 “It was something completely new for us. Our robot was never used for weaving, let alone for making a space house for the future.”

The robot was used to wind several layers of hemp fibre into the frames. To reinforce the fibres, they first soaked them in a special mixture consisting of glue, starch, xanthan and Arabic gum. Once they harden, the hemp strings are strong enough to carry the whole construction. 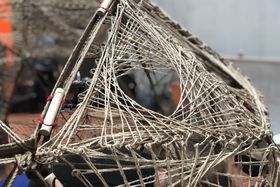 Photo: Vojtěch Koval, Czech Radio To enable the robot to work with the reinforced fibres, students had to design a special 3-D printed component, which was fastened to the robot’s arm, explains Kateřina Nováková:

“Using the robot was definitely the most difficult task for the students, because they had never done this before and they didn’t believe they could do it. But this robot is really friendly and within a few weeks’ time, they were able to programme it and teach it to weave the fibres into the final structure.

“In a way, we went against the principle of robotic work, which is supposed to supplement a human being by repeating simple operations again and again. In our case, the simple tasks were done by people while the complex ones were done by the robot.”

The project at the Czech Technical University’s Experimental Studio was inspired by researchers at the University of Stuttgart, who have used robotic weaving to create super light structures made of carbon and glass fibres. 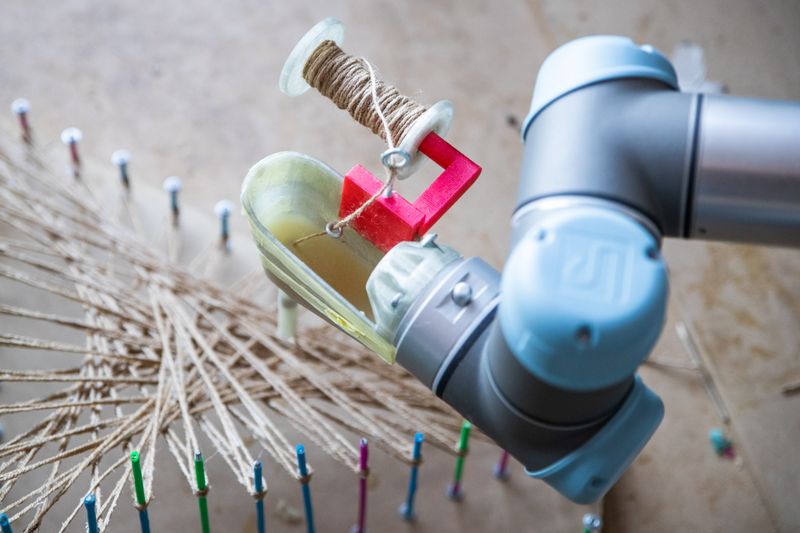 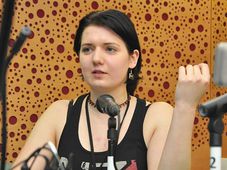 In Czech Life, we talk to 25-year-old Lucie Ferstová, the only Czech applicant remaining in a field of one hundred (the list was originally 200,000… 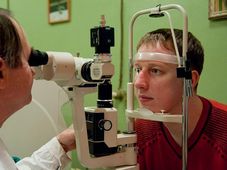 In this month’s Science Journal we talk to the Czech psychologists who monitored the participants in the Mars 500 experiment. 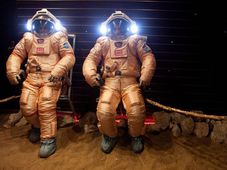 In this month’s Science Journal we talk to the Czech psychologists who monitored the participants in the Mars 500 experiment, and also…