In the next couple of weeks, sports fans around the Czech Republic will be glued to the Winter Olympics in Sochi, where competitors like speed skater Martina Sáblíková and the national ice hockey team will be going for gold. In Turin in 2006 the Czechs took four medals, while in Vancouver four years ago they picked up an impressive six. So does the Czech team have a medals target this time out? That was one of several questions I put to Jiří Kejval, the chairman of the Czech Olympic Committee. 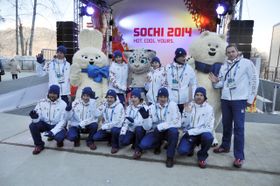 Czech athletes in Sochi, photo: CTK “We don’t have any target. There are totally different people than in Turin and there were lots of new faces in Vancouver. And it’s important to say that the last two Olympics were extremely successful compared to previous ones.

“We definitely want to get a medal. I think every athlete has the goal of going to the Olympics. We just have the idea to show the best performance possible.”

Are there any particular competitors that people should look out for? Are there any names that you think could make a big impact?

“Oh yes, sure, I think we have a very ambitious team. Definitely next to Martina Sáblíková, a two-time gold medalist from the last Olympics, and next to the ice hockey team – it’s the national sport, very important for us – we have the snowboarders, especially women.

“We have three women snowboarders in slopestyle, in parallel slalom and in snowboard cross, and all of them have a pretty good chance. We also have a strong team in biathlon, both men’s and women’s. So we’re quite confident.” 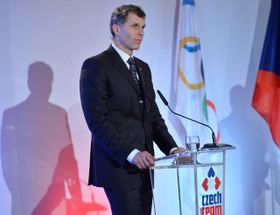 Jiří Kejval, photo: CTK Ice hockey could well be the most watched sport here in the Czech Republic and people are still hoping for a repeat of Nagano from 1998 [when the Czechs took gold]. How important do you think it is in terms of interest in the games here at home that the Czech hockey team stays in Sochi for as long as possible?

“It’s essentially important. People in the Czech Republic love hockey, everybody’s interested. We still have big stars like Jaromír Jágr and others. I think the success of the ice hockey team will be one of the crucial aspects of the general success of the whole team.”

Unlike say the recent Olympics in Turin or Vancouver, the games in Sochi have already been surrounded by some political controversy. Do you understand why so many people are unhappy that the games are being held in Russia, given the country’s record on human rights?

“There are always some problems. There were even bigger problems around the Summer Olympics in Beijing. There was also some problem to do with Vancouver, when the Czech president refused to go because of the visa restriction for Czechs. So there are always issues. 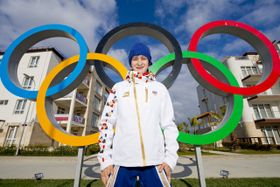 Martina Sáblíková, photo: CTK “We understand also the decision of the International Olympic Committee, as Russia had never hosted a Winter Olympics and this is the first time.

“We have often asked the International Olympic Committee about their position in terms of human rights and all the political issues. And we always receive the answer, everything is good, no problem, we’re watching the entire situation, there is no breach. And this is the most important information for us.” 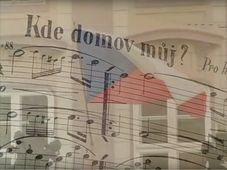 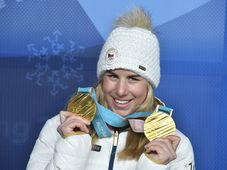 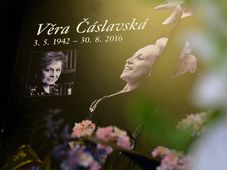