Friday night will see the premiere of a new episode of Kancelář Blaník or Blaník Office, a hugely popular political comedy series now beginning its fifth season. Broadcast on the online TV channel Stream.cz since April 2014, the show has become one of the hits contributing to the increasing popularity of internet-only television in the Czech Republic. 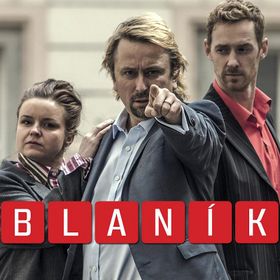 Kancelář Blaník, archive of Kancelář Blaník Each seven-minute episode of Kancelář Blaník begins with the fictional lobbyist Antonín Blaník played by actor Marek Daniel arriving at his office in central Prague. As we find out this notorious figure is involved in behind-the-scenes wheeling and dealing and pulls all kinds of strings in Czech business and politics.

After unsuccessful initial negotiations with the public service Czech Television, the show created by a team including award-winning film directors runs on Stream.cz, an online television owned by the biggest Czech web portal and search engine Seznam.cz. Individual episodes have up to half a million views. According to film critic Vojtěch Rynda, the internet is a logical choice for this type of show.

“One of the reasons is that internet TV is more swift or more ready to respond to current events, the second reason is lack of censorship, so I think internet television is the obvious platform for political satire now.”

The fictional back-room political mastermind has a number of accolades under his belt, including a Czech Lion award for an outstanding audio-visual accomplishment.

Apart from Kancelář Blaník, Stream.cz features dozens of programmes with an emphasis on original content from comedy and entertainment to programmes about architecture, history and natural science. It also addresses international audience with English language programmes recommending visitors what to see and what to avoid in Prague. The programmes Prague Guide and Prague vs. Crooks are available on the TV’s YouTube channel Stream International. 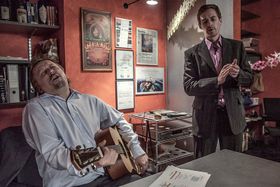 Kancelář Blaník, archive of Kancelář BlaníkAccording to film critic Vojtěch Rynda internet television enjoys increasing popularity especially among younger audience at whom its progressive content is primarily targeted. One such programme is this year’s show “Semestr” produced by Stream.cz about a long-distance relationship in cyberspace.

Apart from the market leader Stream.cz other Czech internet television channels include the Playtvák entertainment channel and iDnes.tv news channel, both operated by the Mafra publishing house, and DVTV – an interview channel providing video content for the Economia publishing house. 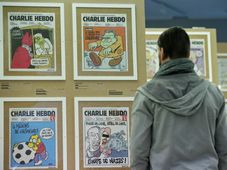 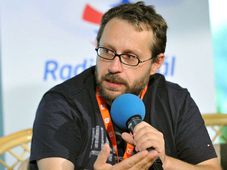 We didn’t know them but feel our friends were killed, says founder of Czech satirical cartoon 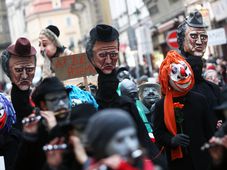 They call themselves a carnival. Hundreds of performer-activists seeking to mark the anniversary of the Velvet Revolution with a twist:…