The European Court of Human Rights has ruled against two Czech women seeking to challenge national legislation effectively banning home births with midwives serving as formal medical assistants. The petitioners both argued that the Czech law violated their human rights, a claim rejected by the court, and are now planning to appeal the verdict. Photo: Oriol Martinez / freeimages The two women, Šárka Dubská and Alexandra Krejzová, wanted to give birth at home but found themselves unable to secure the services of professional midwives. The reason was a 2012 act on medical services which threatens such assistants with major fines should they fail to secure the necessary formal approvals. Not one such “approved” midwife exists at present in the country. Thus, critics argue, home births are effectively forced to be conducted in more risky environments lacking professional supervision.

The women petitioned the European Court of Human Rights, specifically citing Article 8, which includes respect for one’s “private and family life”. But the court ultimately rejected their claim, noting that no Europe-wide regulation on home births was in effect, meaning the Czech Republic’s laws on this matter remain in force. David Záhumenský, a lawyer for the Czech Human Rights League, is an attorney for Šárka Dubská.

“I must say we were quite surprised by the verdict because a few years ago in a similar case, the verdict against Hungary was quite different. And therefore we are also considering an appeal to the Grand Chamber of the European Court of Human Rights.”

“We have the examples of some Western countries where the system works well. It worked well for us too, albeit on a very small scale. But now unnecessary obstacles have been placed in front of home birth assistants. I think they should be supported, educated, their numbers increased. And only then the legislature could basically signal that it is OK to give birth at home. Not that it is banned now, but the help at home is missing and that is a shame.” 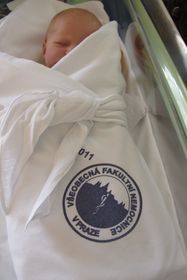 Photo: Kristýna Maková Critics of home births in the Czech Republic as well as the authorities have welcomed the verdict. Štěpánka Čechová is the spokesperson for the Ministry of Health.

“We will now set about analyzing the legal implications of this ruling, and only once we have fully familiarized ourselves with the details, will we be commenting further. Nonetheless, the Ministry of Health is satisfied with the existing legislation regarding this issue. It also continues to maintain that with respect to the delivery of medical services it is crucial to secure the maximum possible safety for both the mother and newborn.”

The verdict has reopened a debate on the issue among experts and politicians. Supporters of home births now hope that at some point, the existing legislation will be amended to allow professional midwives to assist women who want to give birth at home. 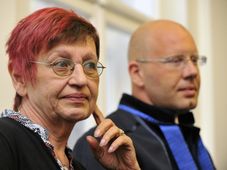 The Constitutional Court made a landmark ruling on Wednesday morning, which struck down the verdicts of three previous courts on the… 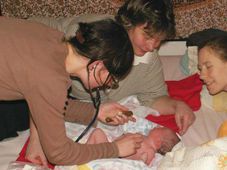 A ruling on Thursday by a Prague court might lead to a breakthrough in the ongoing Czech debate about home births. While state officials… 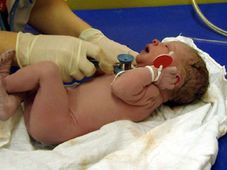 A woman's right to give birth at home is back in the spotlight in the Czech Republic, as a group of pregnant women intend to file a…