The wait is just about over for hockey fans anticipating the start of the 2016 Ice Hockey World Championship which begins on Friday. The Czechs play hosts Russia in their opening game in Moscow. Photo: CTK There is no need to guess what most Czech hockey fans will be doing on Friday evening: tuning in either at the home or the pub to the national squad’s first match against formidable opponents Russia. The Czechs, who played less than convincingly in run up matches, to put it mildly, will need to shut down Russia’s offense and create and covert opportunities. This year, the national squad has less NHL talent overall and will be without legendary hockey forward Jaromír Jágr. Coach Vladimír Vůjtek has put trust in younger talent, led by experienced players. Hockey reporter David Pospíšil agreed that Vůjtek’s and some players’ experience in the KHL, could be an advantage.

“Any such experience is valuable. If they know their opponents, they know what to expect. On the other hand, these are different teams than in the Euro Hockey Tour. We also have many new rookies. We may see a shaky start to the tournament, before the team gels. Because of that, I am very glad that there are experienced players who will help, Koukal, Červenka, or for example team captain Tomáš Plekanec who is a big factor on the ice. They can bring certainty and calm to the team.”

No one expects Russia to be a pushover, not least as the squad want to dispel memories of the third place finish the last time Russia hosted the tournament, in 2007. The team will be tough to beat. 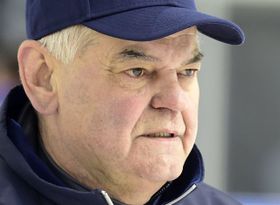 Vladimír Vůjtek, photo: CTK Ahead of the match the Czech team’s coach was tight-lipped about who would start in Friday’s game as well as who would start in net, whether Pavel Francouz or Dominik Furch. They will have their work cut out for them. One person who knows a thing or two about the pressure between the posts is Dominik Hašek, Olympic gold medal winner from Nagano ’98. On Czech TV, he expressed confidence that the Czech team would get past at least the preliminary round.

“I think we should definitely be able to get to the elimination rounds, where anything can happen. But of course we are not the favourites… There are fewer stars so the team will have to hold together more, and will have to rely on defence. The goalie will certainly come under a barrage of shots [and will have to meet the challenge].That is the only chance to succeed.” 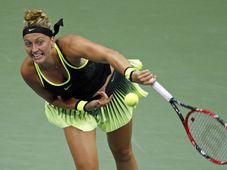 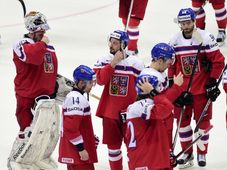 Expectations were low at first but grew as the group stage advanced. And most Czechs probably thought they had a better than even chance… 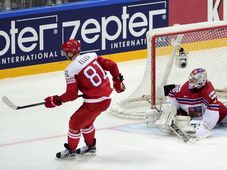