Czechs lose the butter battle to the EU

The European Union’s Court of Justice on Thursday banned Czech producers from using a name for a diary product that has been on the market for over thirty years. The court ruled that the popular butter spread or pomazánkové máslo may not have the word butter in its name, since its milk-fat content is lower than the 80% butter must have according to European law. 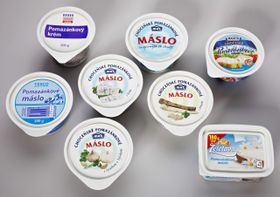 Photo: CTK The Czech name of the butter spread in question – pomazánkové máslo – makes it seem that it is actually spreadable butter. But it’s in fact a dairy product with a much lower content of milk fat. In 2010, the European Commission filed a lawsuit against the Czech Republic, saying the use of the name infringed on EU regulations. The popular Czech butter spread has a minimum fat content of 31%, and should be labeled as a product similar to butter or a spread. The Czech side argued that it is a traditional product and it is clear to Czech customers what the name actually signifies due to its long-time usage.

Yet the EU MP for the Czech Social Democrats Libor Rouček feels that the whole of the European market should be taken into consideration, and from that perspective the Thursday decision of the European court is understandable:

“We have a common market of 500 million customers, so there have to be certain rules, regulations and definitions. So if the rule for butter is that mil-fat content has to be at least 80%, it is clear that you cannot call something butter which has only 30% fat content. So I think the verdict is clear and fair.” 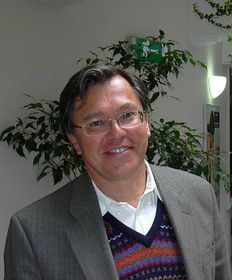 Libor Rouček, photo: Radio Prague Although the court decision did not specify a date of compliance, the Czech Republic is expected to act as quickly as possible since the Commission may bring another suit over non-compliance and this time enforce a fine.

The Czech producers of butter spread will thus have to find other ways of labeling spreadable butter, which has obviously raised some concerns. Milan Teplý, the director of the dairy producer Madeta, was seemingly infuriated not only with the incurred costs due to the change, but overall implications of the European decision:

“I am mindful of the fact that it will cost us a few hundred thousand crowns to get rid of the packaging that was already produced and create a new ingenious name, like ‘cream spread’ or something like that. But this is a very traditional, local specialty for us. And now, all of a sudden, someone from over there in the center of the union gives us orders about if we can call this product ‘pomazánkové máslo’. I have to say, truly pity them.”

But there are other, more practical, concerns about the impact of this ruling. Currently, the content of ‘pomazánkové máslo’ is specifically defined by Czech food regulations, and is considered a separate type of product. Pavel Marek, the head of another large dairy Choceňské mlékárny that produces the butter spread, is concerned that the change may also affect the quality of this traditional delicacy.

“If it will now be placed in the category of spreads, it won’t necessary have to have 31% fat content as it is currently defined in the legislation. It then can be made with less fat, or more or less solids, maybe additives or homogenized water and so on. Photo: Bruno Neves, stock.XCHNG “Even if the name changes, there should be set rules about the production of this particular spread that has been well-known here for thirty years, from which customers expect a specific taste, consistency and quality.”

Yet, butter spread is not the only Czech product that has fallen victim to the demands of EU-wide regulations. Czech rum and recently also marmalade producers have had to make changes to their labeling, but so far it does not seem to have influenced their popularity on the local market. 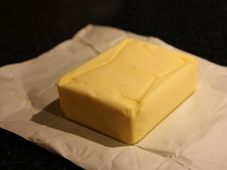 A spike in the price of butter in recent months led to panic-buying and even saw the PM involved. But prices shouldn’t rise again… Analyst: Price of butter lower than in early 1990s

The price of butter on the Czech market has seen a steep rise, but viewed in context with the average wage it is still lower than it…