Czech fans of the queen of crime writing have been marking the 120th anniversary of her birth. English novelist Agatha Christie has an enthusiastic following in the Czech Republic and a club dedicated to her has been leading the tributes.

Agatha Christie, the doyenne of the detective novel, is up there with William Shakespeare as one of the world’s most popular writers. It’s estimated that only the Bible has sold more copies than her around 80 novels and other works, and no one has been translated into more languages.

In the Czech Republic, 50 new editions of her novels have been published over the last decade alone, with a seemingly unflagging demand putting her up there with the best sellers.

A Czech Agatha Christie society was created over a decade ago to promote her work and share their enthusiasm and it has been in the forefront of celebrations this week to mark what would have been her 120th birthday. The celebrations have included an exhibition at the Czech Police Museum in the capital, a staging of the record breaking play “The Mousetrap” in Brno, and the release of commemorative books by and about the author. 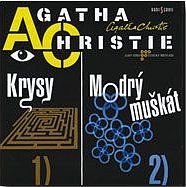 Marek Veselý is a member of the 200-strong Czech Agatha Christie society. He tried to put his finger on the attraction of this very English writer and such detective characters as Hercule Poirot and Miss Marple in the Central European country.

“I am not really sure why after all these years Agatha Christie is one of the most published authors in the Czech Republic: perhaps it is the character of her work, maybe it is the English setting, perhaps it is the 1930’s when most of her novels are set.” 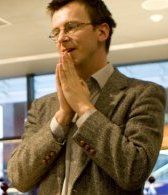 Karel Černošek As well as extremely popular television adaptations of the detective stories and the books, Czech fans of Agatha Christie are also being offered her works as audio books. Prague-based audio book publisher Karel Černošek says that the English author is a big hit in CD form and as a download. 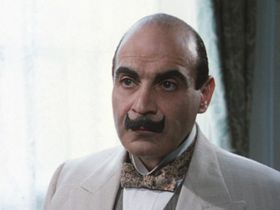 David Suchet has starred as Hercule Poirot The other three audio novels star the famous Belgian detective Hercule Poirot. Although Agatha Christie eventually came to detest Poirot and the pressure to find more murders for him to solve, he and the rest of her characters are still firm favourites with the Czech public. 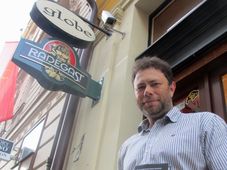 Noir is the new black in Prague

If you enjoy noir crime stories with their troubled, ambivalent heroes and creepy, underworld settings, you are in for a treat. Akashic… 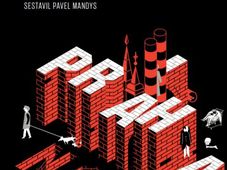 Noir fiction and the sub-genre Urban Noir do not have a long-standing tradition in Czech writing, where the emphasis for many years… 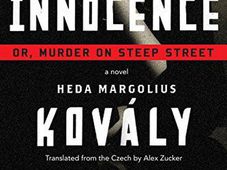 Heda Margolius Kovály and a murder mystery in 1950s Prague

In the course of a life that spanned over 90 years, the writer and translator Heda Margolius Kovály survived the very worst that the twentieth…