Czechs top toy exporters in Europe, thanks to LEGO

The Czech Republic is Europe’s top toy distributor, exporting more than 50 billion crowns now annually, according to a new study by UniCredit bank. LEGO, Playmobil and similar plastic toy sets account for two-thirds of that, though the country is also churning out various miniature sets and dolls. Along with neighbouring Slovakia, the Czech Republic has been the fastest-growing toy exporter in the EU since 2004. I asked UniCredit bank senior economist Patrik Rožumberský how and when this country became the top exporter. 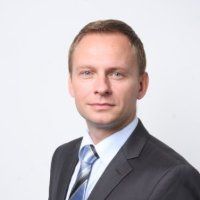 Patrik Rožumberský, photo: archive of Patrik Rožumberský “The Czech Republic took over this lead position in the European market in terms of exports of toys from Germany in 2012, mainly because of a shift of production of Lego toys from Western countries, mainly from the home country of Lego Denmark.”

Even without Lego, the Czechs would still be the second-biggest toy exporters in the EU. Do you have a rough breakdown of what percentage are Czech-made products and which are assembled here?

“I don’t have the detailed figures, but in the structure of exports, I can say that especially construction sets, or toy blocks from plastics, and miniature models play the biggest role in total toy exports from the Czech Republic.”

And those sets, those plastic kits that you mention, most of those parts are typically made somewhere else but then assembled, packaged, and distributed from the Czech Republic?

“I think that most of these plastic toys come from Lego toys manufactured in the Czech Republic, and the lesser part are from toys which have their origin in this country.”

The UniCredit study says that only four EU countries export more toys than they import, and three of them are in central Europe – the Czech Republic, Slovakia, Hungary – and the fourth is Malta. To your knowledge, does this stem from the relatively cheap labour costs here, from the relocation of companies such as Lego to this area, or is there an especially strong manufacturing or toy-making tradition? 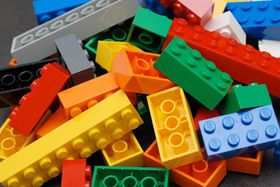 Photo: Alan Chia, CC BY-SA 2.0 “I think it’s a combination of both – it’s about a tradition of toy manufacturing in central and eastern Europe and the resulting move of production from the Westerns countries.”

“Maybe the most interesting thing to note is that the annual volume of exports per person [in the Czech Republic] amounted to almost 200 euros, so it’s in the second position after Malta, and quite a very good position.”

So, quite a significant part of the economy here – and do you see it growing, or has it reached a saturation point?

“I think the market for toys seems to be quite saturated. We’ve seen the exports start to drop from the 2005 level, to be on the decline for the last one or two years.”

All EU countries are currently exporting more toys than in 2005, with the smallest increase, less than 5 percent, reported by Italy. On average, exports of toys have increased by 150 percent in EU countries since then. 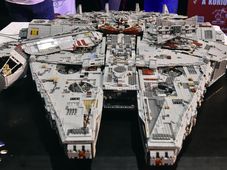 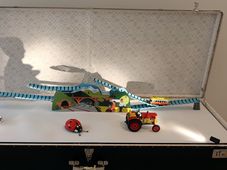 One of the many successful exhibitions marking the 100th anniversary of Czechoslovakia is Mini Wonders, which explores the evolution… 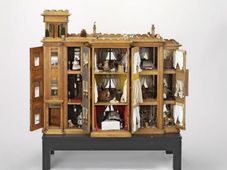 A major exhibition of dolls’ houses from the Victoria &Albert Museum of Childhood in London is now on display in Prague. Through the…