The reigning ice hockey world champions the Czech Republic beat Finland 2-1 in their final preliminary match on Wednesday evening in Slovakia. Milan Michálek and Jaromír Jágr scored for the Czechs, while goalie Ondřej Pavelec only allowed a goal in the dying seconds. The team has shown its strength, finished first in Group D without losing any points and needs only one more win to guarantee a spot in the first sudden death round, the quarterfinals. 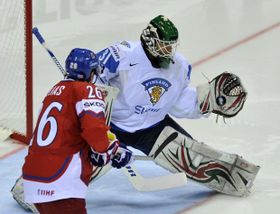 “They were good, the goaltending was great, they didn’t give up many goals and they scored a few... three wins in three games is great. They are in a position now where they can begin looking ahead towards the quarterfinals: one more win will ensure a spot so they can begin to prepare for that all important match, the first in the knockout stages.”

“Well, I think all of the lines have had their tasks and know what to do on the ice and are there for a reason. The first two have played well: the cooperation of Havlát and Eliáš was a bit of a question mark ahead of the championship but Havlát looks good, he looks strong. The first line I think has not yet reached its full potential because Plekanec didn’t have any chance to play with Jágr ahead of the tournament. I think they are still finding each other and that they will play better in the games ahead.” 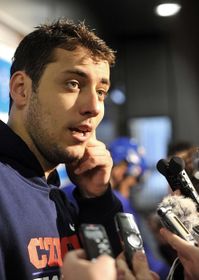 Ondřej Pavelec, photo: CTK Wednesday’s match against Finland was fairly tense right until the final minutes; I wanted to ask you about the Czech penalty-killing as it seemed Finland – especially in the 3rd period – had a lot of chances...

“They did have opportunities and while the Czechs have good penalty-killers they have to be careful not to take so many penalties. We took quite a lot of penalties and in a key game that can prove critical, making the difference between moving on in the tournament or going home: so more discipline is definitely needed looking ahead.”

You could see the pressure building it up in the final minutes, but goalie Pavelec proved up to the task. He did allow a goal but only after almost six periods (building on a shutout against Denmark) and then only in the dying seconds...

“Pavelec has been excellent. Talking about penalty killing... he is our best ‘penalty-killer’! He is big, tall blocks the net well. He is also calm and doesn’t get rattled when pushed. He is also a fighter, throwing himself across the crease to block a shot at the open net. It is surprising too, because his form just a few weeks ago wasn’t that good with Atlanta in the NHL. He had some really poor games. But in Bratislava he has played really well.” Tomáš Plekanec, photo: CTK The Czechs’ next game will be against hosts Slovakia: how exciting do you think that will be, given the shared history of the two countries?

“The history is one element and then there is the current situation: the Slovaks have to win the next game or they could be eliminated. For them the match will be ‘win or die’ while a win for the Czechs will move them into the quarterfinals. So it’s not just the history but the ‘reality’ of the tournament.” 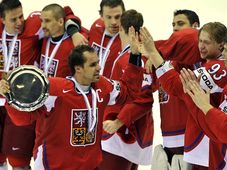 The Czech hockey team continues streak at the World Championships with wins over Slovakia and Russia; Czech tennis player Kvitová… 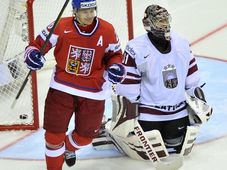 The Czechs get off to a winning start at the Ice Hockey World Championship, defeating Latvia 4:2; Czech defenceman Radek Martínek is…