After the surprise resignation of the man chosen to be the Czech Republic's first ever European Commissioner, Milos Kuzvart, the President of the European Commission, Romano Prodi, insisted that the Czech government find a suitable replacement by Wednesday at the latest. At 11 o'clock on Monday night the government announced that it had chosen Pavel Telicka, an experienced diplomat who was the Czech Republic's chief negotiator during the country's EU accession talks. 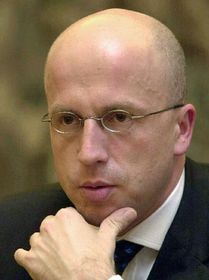 Pavel Telicka, photo: CTK Some MPs from the second biggest party in the governing coalition, the Christian Democrats, are opposed to Mr Telicka, because he was a member of the Communist Party before 1989. Prime Minister Vladimir Spidla is holding talks with both the Christian Democrats and the opposition on Tuesday; he says if agreement cannot be reached he has other names in mind. The most likely scenario, however, is that when the Czech Republic joins the EU in May, Pavel Telicka will be its representative on the European Commission. I asked analyst Jiri Pehe if he thought Mr Telicka was up to the job.

"He certainly is a strong personality, he is very experienced, he was the chief negotiator for the Czech Republic during the accession talks and he knows the European Union inside out, which one couldn't say about most other politicians."

Pavel Telicka is only 38 - don't you think that's perhaps a bit young to be the Czech Republic's European commissioner?

"I think that he may be seen as young but in some ways he's a veteran who has been working on European Union issues for a long time. He started at the age of 23, 24 and he has been involved with EU issues ever since the fall of communism in Czechoslovakia."

As you say he has many years experience - do you think it was a mistake not to nominate him in the first place?

"It was a huge mistake on the part of the Czech Social Democratic Party. I think the fact that partisanship prevailed over rational discussion of who should be the Czech candidate was a big mistake. It's very unfortunate that the party candidate, who in the end was nominated by the government, withdrew and basically caused quite a lot of problems for the Czech Republic. But I think in the end things have turned out quite well, because Mr Telicka, I'm convinced, will be a very good commissioner." 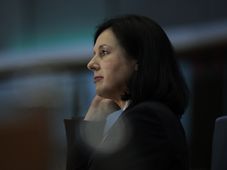 The designated Czech vice-president of the European Commission, Věra Jourová, has been approved for the European values and transparency portfolio… 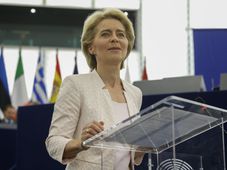