Petra Kvitová will play tennis again but getting there will not be easy: that is the consensus after the two-time Wimbledon champion underwent almost four hours of surgery on Tuesday to repair cut tendons and nerves on her left hand. The injuries were sustained as Kvitová defended herself against an unknown assailant in an attack at her apartment. 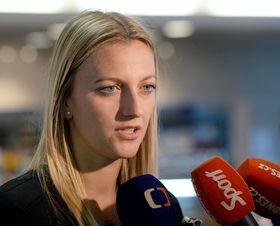 Petra Kvitová, photo: CTK Shock was the immediate response from family, fans, fellow players and other well-wishers upon hearing that Czech tennis champ Petra Kvitová had suffered a brutal knife attack. The incident took place at her apartment in the Moravian town of Prostějov on Tuesday morning, when an as yet unidentified man gained entry to her home by posing as an electricity-maintenance worker.

The man tried to hold up the famous player at knife point; she reportedly sustained her injuries to her playing hand when she defended herself against him. The perpetrator managed to escape and has not been apprehended and is being sought by the police. The attack itself is believed to have been random.

After the horrific incident, Petra Kvitová tweeted thanks to well-wishers for “their love and support” and she added that “those who knew her, knew she was strong and that she would fight this”. Her strength was confirmed by her spokesman Karel Tejkal.

“She didn’t for a second admit that her career might be threatened; her approach was the main thing is for them to now put me back together, it doesn’t matter if it takes months or years. She is looking forward to training again. I spoke to her several times since the attack and she really is a fighter. The way she is taking the situation is really admirable.” 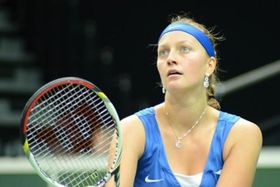 Petra Kvitová, photo: David Kubíček The question remained: how bad was the damage to her hand? Doctors operated for almost four hours on Tuesday evening to repair damage so that the player could begin recovery, a process which will take at least six months, doctors confirmed. That doubles an earlier estimate of three.

Among those wishing her the very best? Fellow players on the Fed Cup team Lucie Šafařová and Lucie Hradecká who told Czech TV they were thinking of their friend, keeping their fingers crossed and wishing her a speedy recovery.