Czechs have learnt the dates when the second direct presidential elections in the country’s history will be held. The official announcement on Wednesday should concentrate minds and act as a spur to the host of candidates already declared. 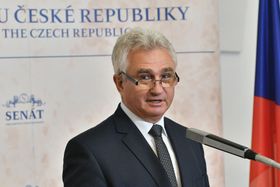 Milan Štěch, photo: ČTK Head of the upper house, the Senate, Milan Štěch, announced early Wednesday, August 23, the date for the first round of presidential elections for January 12 and 13. It’s more or less a copy of the scenario five years earlier. A second round has to be held two weeks later as a face- off between the top scoring candidates if no-one gets more than 50 percent support in the first round. A first round outcome is reckoned to be pretty unlikely.

Senate leader Štěch had some wiggle room over the choice of dates to call the election, though not much. The rules say that the vote should be held during the last 60 days of the ongoing president’s mandate and be wrapped up at the latest within a month of that deadline being reached.

Štěch explained why he had declared the date so early:

"I took this decision sooner than five years ago during the first direct elections. The reason is that many candidates are already known and it’s possible to say that the campaign is already running. We have a newly created body for overseeing the financing of political parties and movements and that can fully start to carry out its responsibilities following this declaration.ʺ

The Senate speaker added that he wanted to declare the presidential election date as far away as possible from the elections to the lower house of parliament due to take place at the end of October. 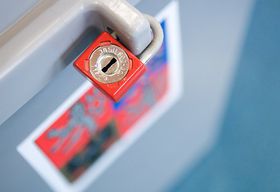 Photo: Tomáš Adamec Indeed, the presidential election campaign is already up and running in all but name. Three candidates have already declared that they have collected the 50,000 signatures needed under one of the entry criteria. These are current head of state, Miloš Zeman, lyricist Michal Horáček and Jiří Drahoš, a former head of the Academy of Sciences.

Two other candidates, ODS senator Jaroslav Kubera and the former head of cabinet of ex-prime minister Jiří Rusnok, Karel Štogl, say they have received enough support via the alternative qualification route, support from members of parliament, to qualify for the race.

And there are around a half dozen other candidates, including the former head of car maker Škoda Auto, who have declared but are still seeking sufficient support. So far, it’s an almost entirely male field with just one woman so far declaring her candidacy, actress Jana Yngland Hrušková.

The deadline for the registration for the campaign is November 7.

Whatever the state of the field, most experts would probably concur that there are two main entities in the race so far: incumbent Miloš Zeman and the rest. The real battle on the horizon is likely to be between candidates to raise their profile and whip up enough support to challenge the current head of state and fancied front runner in the second round. 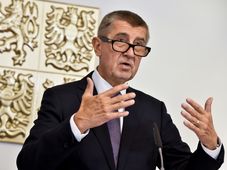 As Czech Prime Minister Andrej Babiš defended his government’s decision not to accept even a single migrant at the EU summit in Salzburg,… 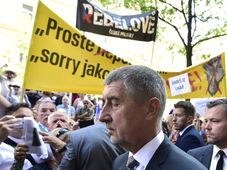 One of the key events marking Tuesday’s anniversary of the Soviet-led invasion was a memorial at Czech Radio, scene of the worst violence… 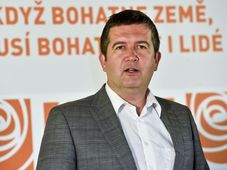 The latest step in the lengthy search for a Czech government has got underway, with members of the Social Democrats voting in an internal referendum…