The past seven quarters have seen the Czech economy go from recovery to growth after the recession that hit the country in 1997. The figure of 3.8 percent for the first quarter of 2001 is the best result in nearly five years. Growth has been fuelled mainly by foreign investment and increased consumer spending. The news is excellent, but some leading economists warn that with growth slowing steadily in the European Union and the United States, the bubble of economic recovery could burst in the near future. The EU is the Czech Republic's main trade partner, accounting for up to 75 percent of exports, and experts from the International Monetary Fund say that the slowdown in the EU is bound to have a knock-on effect on the Czech economy.

But there are economic analysts like David Marek of Patria Finance who believe that the effects of the slowdown on Czech growth will be minimal:

With Czech GDP continuing to grow, the Czech crown has also strengthened against other currencies, in particular the euro. Large Czech companies, such as the car manufacturer Skoda, which is one of the country's largest exporters, have complained that the crown is getting too strong and is actually hurting business abroad. Economic analyst David Marek admits that a strong crown could harm exports, but says it is hard to find the right balance for the currency:

"So far, I don't think it's been a great problem, but there is a risk, because a strong currency can negatively influence Czech export possibilities. That would lead to a higher deficit in foreign trade and current account deficit. But it's difficult to adjust and find the right level for the currency."

"For this year, I expect growth to be between 3 percent to 3.5 percent and next year I expect further acceleration to maybe 3.6 percent or 3.9 percent. So it should be slightly higher and perhaps even higher in 2003." 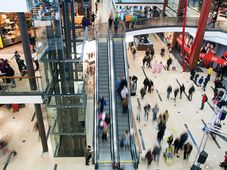 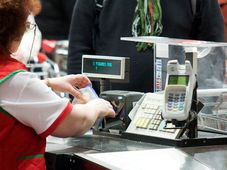