Czech Prime Minister Andrej Babiš is fighting for his political future. Although the EC’s audit, which allegedly confirms his conflict of interest, remains confidential, opposition parties are calling for his head and his coalition partner, the Social Democrats, have taken a cautious, non-committal stand as the situation develops. 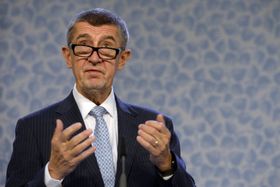 Andrej Babiš, photo: ČTK/Kateřina Šulová It was a moment that the embattled Czech prime minister must have awaited with dread. Although he was cleared on home ground when the Regional Council of Central Bohemia halted an infringement procedure against him earlier this year on the grounds of a complaint regarding a possible conflict of interest, the verdict from Brussels in the EC’s preliminary audit was entirely different and, according to sources close to the Commission, nothing significant has changed in the final document.

According to two independent sources cited by the weekly Respekt it says the prime minister still controls the multi-billion crown agro-chemical empire he put into trust funds and thereby has a conflict of interest both under EU and Czech law.

Dogged by journalists at the Climate Conference in Madrid the Czech prime minister lashed out at the European Commission saying it was no authority on Czech legislation.

“The European Commission has no business interpreting Czech legislation. The Czech conflict of interest law was tailored to me, to get me out of politics, “Lex Babiš” they called it. And I met its conditions fully. The European Commission can interpret European legislation, not our own. In the latter respect they are not an authority. So if the audit reaches a conclusion that is incompatible with our interpretation of the law, then we will reject it.”

The leaders of the country’s center-right opposition parties are ringing alarm bells, saying that the country’s position as a recipient of EU cohesion funds could be threatened due to the prime minister’s unwillingness to either resolve the problem or leave office. They are calling for a special meeting of the lower house which would address the issue.

Meanwhile, the Social Democrats, a junior partner in the ruling coalition, have taken a cautious approach, neither supporting the prime minister, nor taking part in the opposition party meeting intended to map out a joint course of action. 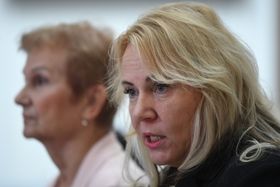 Klára Dostálová, photo: ČTK/Michal Kamaryt The entire political scene is now talking about a document that no one appears to have seen; neither the prime minister, nor members of the cabinet or opposition and surprisingly, not even Regional Development Minister Klára Dostálová whose ministry received the document on Friday. Ms. Dostálová said she had intentionally not acquainted herself with the audit, since its confidential status applies to all but a small number of ministry officials whose task it will be to respond to it.

However she made it clear that, if the document reached the same conclusion as the preliminary audit, the Czech Republic would defend itself “to the last breath” as she put it.

“If we do not agree with any of the points made, then we would ask for a public hearing at the European Commission where we would present our arguments face-to-face. And, should the need arise, the Czech Republic would defend its interests to the last breath, even if it means taking the matter to the European Court of Justice.”

The ministry is now awaiting a Czech translation of the audit, after which it will have two months to say how it will implement the recommendations made by the Commission’s auditors.

Meanwhile, the pressure on the prime minister is growing and the most frequent call on the Czech political scene is now for the contents of the audit to be made public.