Fashion takes over the city of Prague

Prague is not known as a city of fashion. However, the country's most important event in this field - the twice-annual Prague Fashion Week - is getting more popular every year. The tenth Prague Fashion Week opened on Monday night with a show presenting the latest outfits in black and white by top Czech fashion designers, such as Tatiana Kovarikova, Jaroslava Prochazkova or E.daniely.

Music plays as models sashay down the catwalk at the start of this year's Prague Fashion Week. Its director Eva Valova says the criteria for designers who want their work to be presented at Prague Fashion Week are quality, creativity and plain hard work.

"Of course, we rely on such fashion designers who are known for the high quality of their clothes and regularly present their collections each season. There are some exceptions to the rule from time to time, when new designers prove so gifted, and present such amazing collections, that we accept them right away. But we always pay a lot of attention to the process of choosing the right people to be presented here. We need to see the outfits before, and make sure that Prague Fashion Week has a high standard."

The authority which is in charge of all this is the Fashion Academy. It has several different sections and consists of experts in the field, such as professors of the Academy of Applied Arts and leading fashion designers.

"One of the Fashion Academy's sections approves of the designers who will be allowed to present their outfits at the big fashion show. It decides who can apply for the 'Artist of the Year' or 'Talent of the Season' awards, which of the young designers will be allowed to the final round of the competition for junior fashion designers, and so on."

Prague Fashion Week began just five years ago, with the first such event taking place in autumn 2002. But it slowly starts gaining publicity, even beyond the borders of the Czech Republic.

"If you take into consideration that Fashion Weeks in other countries have existed for many decades, then it's clear that we face a considerable handicap here. But Prague Fashion Week is also attended by some designers from abroad. What's more, Prague is a very popular city - and that's another reason Prague Fashion Week is starting to have a good reputation. It cannot, of course, be compared to top events of its kind abroad. But more and more foreign labels are taking part, from the East as well as the West."

As for what's going to be 'in' this spring, Czech fashion designer Tatiana Kovarikova recommends tunics, leggings and short skirts in a combination of black and white colours, or summery colours, such as yellow, mauve, and certain shades of blue. The main shows take part at Prague's Manes gallery from Thursday until Sunday. 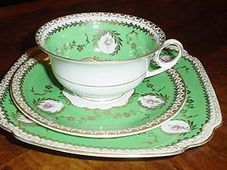 The Czech Republic boasts the only stone guitar in the world. Czech fashion designers fight for a place in the sun. And -why have…