The extermination of the village of Lidice by the Nazis is one of the most harrowing tales of WWII, and Czech filmmakers are have long wanted to bring it to the screen. The acclaimed director Alice Nellis is set to helm the project, with some of the country’s top actors already on board. But still what would be an important historical film has been in a proverbial development hell for some years now. Amid a dearth of sponsors, the film’s producers are now looking to the public to help complete the budget. Earlier today, Radio Prague spoke with producer Adam Dvořák.

Adam Dvořák “The problem was basically with German money, because there are so many firms with German management located in the Czech Republic, and those companies wouldn’t give us anything; they said that German managers don’t want it. So that was it for us, because I think it’s important that German firms support a film like Lidice, because it’s from the Second World War.”

Well the Germans have also filmed hard-hitting movies about the Second World War, and they’ve also participated in Czech film projects on that topic, so what do you think is the problem with Lidice?

“I think in our case it’s maybe a problem that the Germans don’t look as nice as they might in other films. We do have bad Germans in our film, but we want to make an international film that’s not just about bad guys and good guys. I think it’s mixed in this film – some characters are bad and are Czech and some are good and are German.”

What kind of budget are we talking about here, is it more expensive than the average Czech film? 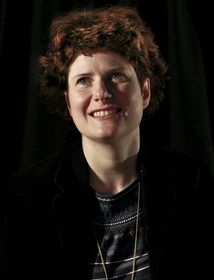 Alice Nellis, photo: CTK “Our budget is 65 million crowns, so it’s not more than others, and I think it’s a realistic budget. We could shoot with 100 million, but in these days I think it’s not realistic to find that money.”

The word is that you are looking to start a public collection, reminiscent of the way the National Theatre was built, is that the case?

“Yes, we’ve asked if anyone could help, and it is similar to the big collection for the National Theatre, because in our case it is also a big collection and a lot of cities have helped us – Prague, Kladno and Liberec have also supported us with money, so that’s great.”