Former high ranking communist party leaders such as Milouš Jakeš and prime minister Lubomír Štrougal are among 67 Czechs and Slovaks being sued for the deaths of five German citizens who were killed on the Iron Curtain trying to flee communist Czechoslovakia. The Platform for European Memory and Conscience filed a criminal complaint in Germany after losing faith that justice would be done in the Czech Republic. 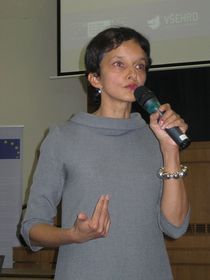 Neela Winkelmann, photo: Martina Schneibergová The Platform of European Memory and Conscience, a group that pushes for the punishment of perpetrators of communist-era crimes, filed its criminal complaint with the German Federal Prosecutor General in relation to the murder of five East German citizens who were killed by border guards trying to escape from communist Czechoslovakia. The list of 67 people sued includes former top brass, middle-men as well as rank and file border guards. The head of the Platform of European Memory and Conscience Neela Winkelmann told Czech Television why the Platform was seeking justice in Germany.

“The motivation behind this move was the fact that those who are to blame for Iron Curtain deaths have largely escaped justice both in the Czech Republic and Slovakia. In Slovakia efforts to convict them failed entirely, in the Czech Republic, of those responsible for the deaths of 240 people on the Czech-German and Czech Austrian border, only four rank and file border guards stood trial and two of them received a suspended sentence.”

Among the 67 people on the list are three surviving members of the one-time politburo of the Communist Party of Czechoslovakia, former secretary general Milouš Jakeš, 94, former prime minister Lubomír Štrougal, 91,and former Slovak prime minister Peter Colotka,91. They have never been sentenced for any of their deeds committed during the dictatorship. Earlier this year a criminal complaint filed against Lubomír Štrougal in the Czech Republic came to nothing. The case was closed due to lack of evidence that Mr. Štrougal was informed about the deaths on the Iron Curtain. Although a report reached his office, there was no proof that he had read it. Neela Winkelmann counters that the politburo was closely involved in what went on on the Iron Curtain. 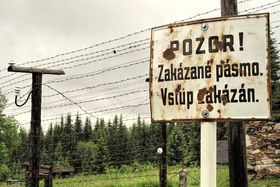 Photo: Jan Rosenauer “They received detailed reports from the interior minister and gave him specific orders which were then passed on the head of the border guard and on to rank and file members. These murders happened not only with their consent, but at their instigation so as to deter others from trying to flee. There is documentation indicating that they knew people were being killed on the border and they were given feedback on everything that took place.”

In Germany the killing of people on the inner-German border was established by German courts as an imprescriptible crime, namely as murder for base motives. The trials of those responsible resulted in the sentencing of about 150 perpetrators in the entire chain of command. The Platform of European Memory and Conscience is hoping that the German prosecuting authorities will extend this model to German refugees killed along the Iron Curtain outside Germany and thus bring some of those responsible for Iron Curtain deaths in the former Czechoslovakia to justice.