The former Czech health minister Marie Souckova has been charged with "breaching the public trust", and if found guilty could face up to eight years in prison. She is accused of having contracted a private lawyer to represent the state in an arbitration dispute on highly disadvantageous terms and without holding a public tender. Until just a few months ago, Ms Souckova was one of the most influential politicians in the country, but now she is increasingly isolated, and even former Social Democrat colleagues have failed to rally to her support. David Vaughan reports. 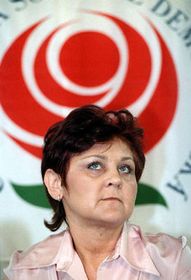 Marie Souckova, photo: CTK The dispute began in the early 1990s, when a previous health minister publicly questioned the reputation of Diag Human, a medical company that trades in plasma and hoped to do business with Czech blood banks. That deal was scrapped and Diag Human sued the state for damaging its reputation. The company eventually received over 326 million crowns (nearly 15 million US dollars) from the Czech government in a settlement.

But that wasn't the end of it; Diag Human is still seeking compensation to the tune of 6 billion crowns for commercial losses. Before being replaced as health minister in April last year, Ms Souckova appointed the Brno-based lawyer Zdenek Novacek, whom she reportedly knew personally, to represent the state's interests. Under the terms of the lucrative contract, Novacek was to be paid no less than 10 million crowns — roughly 430,000 US dollars — for taking the case and was promised a staggering 17 times that amount if he won: that's over 7 million US dollars.

The government cancelled that contract soon after Marie Souckova was replaced as health minister last April. Criminal charges were filed against her on Monday. A state attorney told the CTK news agency that the police investigation will not be open to the media.

The lawyer Zdenek Novacek has not been charged but does face disciplinary proceedings from the Czech Bar Association, reportedly for overcharging the state by several million crowns and acting unethically. Meanwhile, Mr Novacek has gone on the offensive; he says that he will sue the state to secure his 10 million crown retaining fee.

For her part Ms Souckova, a former deputy chair of the ruling Social Democrats, who resigned from the party last week, is likely to argue that she signed the contract with Mr Novacek in accordance with "emergency" exceptions. Under such circumstances a public tender does not have to be held. In February 2002, her immediate predecessor, Bohumil Fiser, signed just such an agreement with another lawyer in connection with the same case. 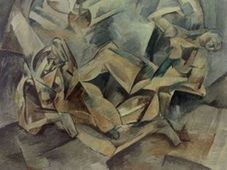 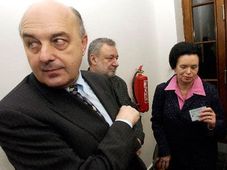