A gay association has called for the Czech legal landscape to be redrawn allowing individual members of gay couples to be allowed to adopt children. The demand is backed up by legal analysis and a 2,000 signature petition calling for action.

Brno-based gay and lesbian grouping STUD has sent its demand for action to Minister for Human Rights and Minorities Michael Kocáb, the Office of the Government and Parliament.

At the heart of its demand is the 2006 law on registered partnerships, or so-called gay marriages. While the hard-won act gave civic and legal recognition from the state for the first time to same sex couples it also, paradoxically, represented a step backwards by including a ban on adoption of children by individuals in registered partnerships.

That is a situation which the Czech gay lobby now urgently wants to remedy. Martin Strachoň, one of the leading members of STUD, explains why

“Registered couples are the only group in the Czech Republic that cannot adopt children. With regard to advice on the constitutional situation, the ban appears to be against the constitution.” 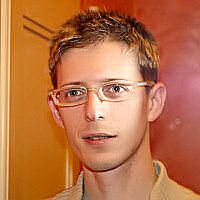 Martin Strachoň, photo: www.bazi.cz Mr. Strachoň says that the question is more one of principle than of pressing demand for adoption by same sex couples. He cannot say how many members of registered partnerships want to take advantage of a change in the law.

“In the Czech Republic, there are something like 1,000 registered couples. So this is not a question for a very big group of people. But it amounts to a question of principle because the law creates an artificial group of people who on a legal level have lost a right and possibility enjoyed by other citizens.”

STUD has taken expert advice which it says suggests that the current discrimination against individuals in registered couples is in breach not just with the Czech constitution but also with the European Convention on Human Rights and Fundamental Freedoms. Adoption by gay individuals and gay couples is legal in many parts of Europe already.

The Brno association also cites expert studies which maintain that there is no proof that children brought up by same sex couples turn out any differently from those raised by more conventional couples.

Mr. Strachoň says the gay association wants to see action taken by the current Czech caretaker government before lower house elections in May. It points out that government legal advisors have also highlighted the problems with the current situation. 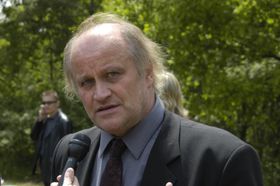 Michael Kocáb But while Minister Kocáb says he backs the call for a re-write of the current law, he has been wavering over whether now is the right time to go ahead with such a controversial move. The Catholic Church and the Christian Democratic Party have already taken outspoken stands against such a change. With the minister recovering from a personal scandal and the election date fast approaching it is difficult to see the demand for action bearing fruit any time soon.