By Daniela Lazarova This week the Czech branch of Greenpeace presented the public with a Czech translation of Eric Millstone's book Genetic Manipulation in Court. The book is a collection of scientific evidence presented in court in defense of 28 British Greenpeace activists who were charged with damaging private property after they destroyed a field of GM corn for fear of what it might do to the surrounding environment.

Eric Millstone is a reader in science policy at the science policy research unit at the University of Sussex in England. He was invited to the CR by Greenpeace to help inform the public about the risks that might be posed to the environment and public health by field trials or direct consumption of GM crops.

We asked him what his main concern is as regards GM crops and products.

"My position is that it is too soon to say whether or not they are safe. My main argument is safety for consumers and my concern is that despite claims to the contrary GM foods have never been properly tested . What I would count as a proper test would be the kind of tests we do for food additives or pesticides or a new pharmaceutical product where they are administered to mice or rats and a sample of humans in clinical trials and you get some detailed evidence of what effects they are likely to have. But with genetically modified foods that's simply not happening. All that's being done - when they talk about testing genetically modified foods for their effects on consumers - is that they are doing some chemical analyses measuring for example the levels of proteins, vitamins, carbohydrates and minerals and so on. But my concern is that it is simply not possible reliably to predict what toxicological and immunological effects these foods might have simply from a relatively superficial chemical analysis."

Since the EU if fairly cautious about GM crops and products is there reason to fear that US companies might look further afield for new research ground?

"I think there is an element of exploring countries on the margin of the EU because of the difficulty of getting their products and ingredients into EU states but my guess is that the crops that they want to field test in the Czech Republic are primarily crops that would be used to feed agricultural animals and not for direct human consumption and this is another way of shifting the arrangements in Europe so that the European food industry and consumers gradually come to accept GM foods that they are currently not willing to accept if introduced directly into the human food chain."

So what is the situation in the Czech Republic at present ? Jan Haverkamp is campaign manager of the Czech branch of Greenpeace -

"Labeling of genetically modified ingredients in the Czech Republic is compulsory from January 1st and most of the producers selling foodstuffs here took very early steps to exclude GM organisms from their ingredients in order not to have to label them on their products. We have tested 20 products over the last few months and found that none of them contain GM ingredients. This is a good indication that most producers are now banning GM ingredients from their products. There is a kind of belly feeling in the population that people don't want GM foods but there is not a real public outcry as yet in the Czech Republic." 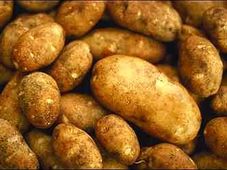 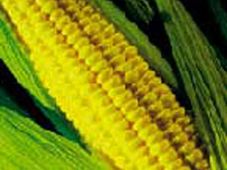 A week before a key vote by EU environment ministers on tightening GMO cultivation rules, leading Czech scientists have called on… 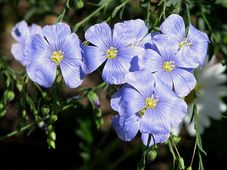 In Business News: Prague is set to get its second international airport within three years; after years of letting people go, Czech…