Much uncertainty still remains about the form the UK’s departure from the European Union will take. However, Czech politicians are already preparing for the possibility of a chaotic Brexit, drafting legislation that would protect British citizens in this country for a transitional period. Andrej Babiš, photo: Martin Svozílek / Czech Radio Great Britain is due to leave the European Union on March 29. Though a lot is unclear about what form of Brexit will finally materialise, the Czech government is making broad preparations. On Monday, Prime Minister Andrej Babiš offered details of a bill that he and his cabinet colleagues had just agreed.

“This legislation effectively creates a transition period from March 30, 2019 to December 31, 2020. During this time, and within specified areas, British citizens will be guaranteed the same treatment as if they were citizens of the European Union. We are of course counting on there being a reciprocal move.”

The government hopes to push the amendment through as soon as possible and Deputy Prime Minister Jan Hamáček of the Social Democrats, who is also Minister of Interior, is set to discuss it with other party leaders.

Minister Hamáček said that if the legislation were not to pass it could threaten around 40,000 Czechs currently living in Britain.

Under present Czech legislation, Britons would be in danger of losing access to the labour market, as well as no longer being part of the local health and social systems.

Czechs living on the other side of the Channel would face similar problems and the law is seen as a move shadowing the British government’s pledge that EU citizens will be able to live and work in the UK until the end of 2020, after which they will have to apply for a residency permit. 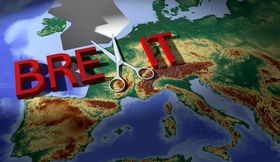 Photo: Reimund Bertrams, Pixabay / CC0 UK citizen Martin Howlings is the founder of the website expats.cz. He says that he is concerned about how the Brexit negotiations are developing and has decided to get a permanent residency permit, just to be on the safe side. His website has created a Facebook group called Brexit Czech Republic, where members can share information.

“I think all one can do is just connect to social media and watch it as it is developing, because it is changing from day to day. It is quite difficult to be able keep track of everything, because there are so many conflicting pieces of information. However, that is what I am doing, I know that is what my friends are doing. As soon as we find information, we share it. Not much more we can do.”

The European Commission has asked all governments of member states to grant temporary residence permits to British nationals in order to give them time to apply for long-term residency status.