The Czech government on Monday rejected another bailout package for the ailing mining company OKD. Following talks with trade unions, the cabinet has said it will focus on social programmes to help cushion the impact of the closure of the Paskov deep coal mine and the gradual phasing out of mining in the Moravia-Silesia region. 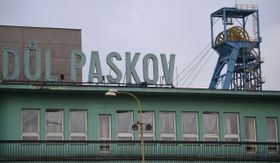 Photo: CTK The future of the Paskov coal mine is back on the government’s agenda after its owner OKD and the umbrella company New World Resources demanded a four billion crown injection from the state which would help keep the ailing OKD in business for another five years and extend the lease on life of the Paskov coal mine threatened with closure in 2016.

A 2014 agreement with NWR which pledged the state to provide 600 million crowns in return for guarantees that OKD would keep the Paskov mine in operation until the end of 2017 is now unlikely to outlive the year. Under the agreement OKD was given the option of restarting the closure process before that date if coal prices continued to fall. They have and OKD is now asking for another bailout to the tune of 4 billion crowns to save Paskov and itself from bankruptcy. Industry Minister Jan Mládek said on Monday that the government would not pay for OKD’s poor management. 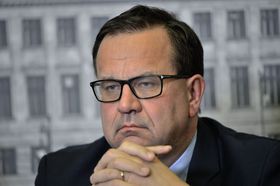 Jan Mládek, photo: CTK “The proposal that we received from OKD was totally unacceptable and the government has clearly stated that it will not respond to ultimatums. We are willing to negotiate and talks with NWR are likely to take place early next year, but the cabinet is in favour of helping to deal with the consequences of OKD’s mismanagement; helping miners who will be laid-off, companies dependent on the mine and people in the Moravia-Silesia region.”

The Industry and Trade Ministry together with the Labour Ministry have jointly established a working group of experts which will assess the situation and propose aid measures in the form of requalification, the creation of new job opportunities and financial support for commuters in the region among others.

The OKD mining company has over 10,000 employees, but counting the agencies and suppliers linked to OKD’s operations some 20 thousand jobs could be at stake in the coming years. The Paskov mine alone, which could close at the end of 2016, has 1,800 employees. 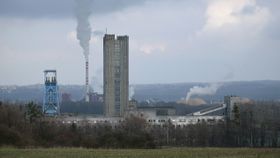 Photo: CTK The industry minister says the government will try to negotiate a gradual phase-out of mining in the region in order to minimize the social impact. He claims that restricted mining activity could continue until 2020 and the mines could be transferred to a new owner. The important thing would be for the new owner to be free from the burden of NWR’s commitments.