The government’s agency for social inclusion on Wednesday presented the Rusnok cabinet with a grim report on the situation of the Romany minority, in which it claims that the problems in housing have deteriorated in an alarming way and little progress has been made in other areas. Coincidentally, on the same day, the Senate rejected a proposal by the EC on how to address these issues successfully. I asked the head of the government’s agency for social inclusion Martin Šimácek to outline the main areas of concern. 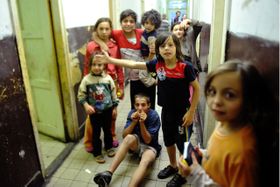 Photo: Vojtěch Berger “The biggest problem is in the housing situation. There are some 60 thousand people now living in lodging houses, which we see as a huge problem. These facilities are really segregated and not offer the possibility of integration. That is the first key problem, another big problem is with employment. This particularly concerns young people who are unable to find work and there is also the problem of education – a third of the Roma children are not able to study in mainstream schools with other children of their age.”

They are in special schools?

So to sum it up –the situation in the sphere of education has not improved, neither has the employment situation improved and the housing situation has actually deteriorated –is that right?

More slums with a majority population of Romany inhabitants...why is that? The government keeps saying it is addressing the issue – so what is happening? 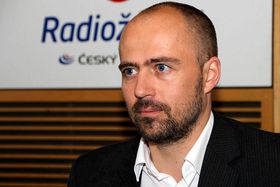 Martin Šimáček, photo: Šárka Ševčíková “The crucial point is the economic situation and also migration to the poorer regions, to places near the border where unemployment is higher and the possibility to find employment is much lower. Those are the main reasons for the increase in slums.”

The Senate on Wednesday rejected a European Commission proposal for special measures to be taken to improve the situation of the Roma –to ensure equal access to employment, education and so on. Has that come as a disappointment to you?

“We are disappointed, yes, because the EC recommendations are targeted towards those three problem areas –education, employment and housing. And I have to say that in my view the European Commission supports Czech efforts in these areas very much and the recommendations are –let us say –supportive of our policies. So I would much prefer if our senators were able to see things in this light, but they rejected the recommendations and we have to accept that.”

Why do you think they rejected them? Was it just because of the proposed quotas? 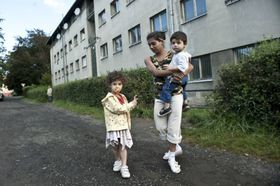 Photo: Filip Jandourek Could it also be because they just don’t want to take directives from the European Commission on how to resolve things in this country?

“That can be one of the reasons, but I am not able to say.”

So now you expect the government to take measures to resolve the situation?