The Green Party have decided to challenge the electoral system at the Constitutional Court, claiming the system discriminates against smaller parties. Experts say if the challenge succeeds the rules might have to be changed, although it's too late to affect the results of June's parliamentary elections.

The Green Party entered parliament for the first time this year, crossing the five percent national threshold and winning six seats. It was undoubtedly a success, but one soured by the Czech system of proportional representation, which, say the Greens, is unfair to smaller parties.

Petr Pavek headed the party's list of candidates in the Liberec electoral region, and won 9.58 percent of the vote. But he failed to get into parliament. Cyril Svoboda, who topped the Christian Democrats' list in Prague, won just 4.84 percent, yet he did win a parliamentary seat. Petr Pavek, not surprisingly, is not very happy about the result.

"The election system in the Czech Republic, at the moment, is very unfair to the small parties. The Green Party won 6.29 percent of all votes. But the party received just 3 percent of the seats in parliament. So you see, the system is very unfair."

How is this possible? It's all down to the Czech Republic's complex system of proportional representation, which was tinkered with several years ago to include aspects of a majority system. There are 14 electoral regions in the Czech Republic, and those regions with more people return more MPs.

All this has led the Green to argue that the system is not proportional at all. That, they claim, violates the Czech Constitution, which specifically states that the Czech Parliament is elected by a system of proportional representation.

Petr Pavek admits he has little hope of the Constitutional Court granting him his seat in parliament. Neither will the challenge affect the outcome of the June elections. But the Greens do hope the Court will rule the system is unconstitutional and must be changed when polling day comes round again. At least one expert on constitutional law says they have a fair chance of success. If they fail, say the Greens, they will take the matter to the European Court of Human Rights in Strasbourg. 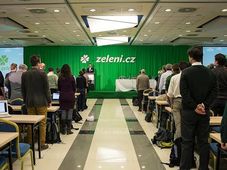 Administrative Court sides with Greens on question of five-percent threshold

Two Czech parties, the Greens and the Pirates, contesting an artificial five-percent threshold which recently prevented them from winning… 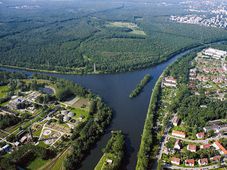 The tug-of-war continues over one of the most ambitious construction projects ever imagined, the building of a canal linking three… 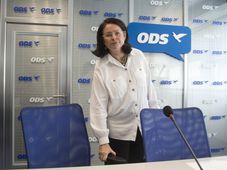 Most of the country’s political parties have completed their candidate lists for the upcoming election to the lower house. One question…