A Czech court has found Jana Nečasová – the former mistress of ex-prime minister Petr Nečas – guilty of misusing her position to gain intelligence in order to spy on her lover’s then wife. Nečasová, who denies the charges, is now considering whether to appeal the ruling. 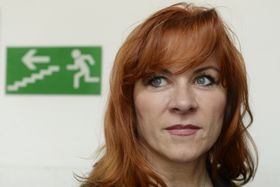 “The main motivation prompting the criminal conduct of the accused Jana Nečasová was her deep hatred towards Radka Nečasová, the then wife of the former prime minister.”

Three intelligence officers – Milan Kovanda, Ondrej Páleník and Jan Pohůnek – charged with being roped-in by Nečasová to illegally spy on the PM’s wife, were also handed down guilty sentences. The former members of the Czech Military Intelligence Service (VZ) received suspended sentences of between 18 and 20 months, and are also banned from working in the intelligence field for five years. All three are appealing the verdict.

Jana Nagyová served as chief of staff to prime minister Petr Nečas, who came into office in 2010. The police’s Unit for Combating Organized Crime and the Chief Public Prosecutor's Office in Olomouc carried out a raid in June 2013, on suspicion that corruption and misuse of public office was occurring at the highest echelons of the Czech government. Some of the alleged misconduct also involved a number of Czech MPs allegedly involved in accepting bribes. 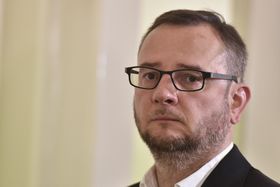 Petr Nečas, photo: Filip Jandourek Petr Nečas, now a private citizen, divorced his first wife in September 2013, and promptly married his former mistress. Since resigning, his second wife has been embroiled in a criminal prosecution in which she is accused of using public officials to gain intelligence on Nečas’s then wife in the hope that this would hasten the pair’s divorce.

This is the fourth ruling on the case to have been handed down by the Prague district court. A previous not-guilty verdict handed down by judge Helena Králová was later annulled on appeal. The main defendant has argued that what was construed by prosecutors as illegal intelligence gathering was in fact counter-intelligence, seeking to root out suspicious people in the orbit of Radka Nečasová. The case will now likely make its way to the appeals courts. Internet firms have appealed to the country’s prime minister, Bohuslav Sobotka, to halt plans for a new military intelligence bill… 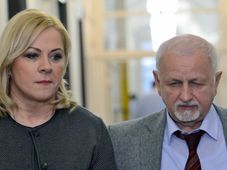 The wife of ex-prime minister Petr Nečas has gone on trial in Prague in a case that last year led to the collapse of his government.… 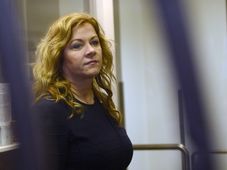