Hadamczik takes over as coach of national hockey team

The Czech hockey team is fresh from its gold medal win at the World Championship in Germany, but many in the country are wondering what will come next for the national team. Ahead of the tournament, coach Vladimír Růžička promised he would be stepping down, handing the reins to his successor Alois Hadamczik. Curiously, it is the second time Růžička has won gold at the Worlds only to be followed by Hadamczik and there are a number of challenges that the new coach will face. Alois Hadamczik, photo: CTK Not many, not even die-hard hockey fans, thought that this year the Czech national team would win the World Championship, with so few bigger names beyond Jaromír Jágr and Tomáš Vokoun. But they did so in style, and they did so by fighting with unsurpassed team spirit. Now that gold is secure, it’s a question of “what next?”. The team will now by led by new coach Alois Hadamczik who under completely different conditions will try and build on it’s success. A little earlier I spoke to Karel Knap, sports editor and hockey specialist for the Czech daily Mladá fronta Dnes:

“He will probably not use the same players next year because he will have more possibilities and players to choose from from the NHL, who weren’t there this year. The way I see it, it will be a completely different situation.”

Is he in a tougher position following this year’s success? Many commentators have noted that the exact same thing happened last time: Růžička won the gold with the team in 2005 and was followed by Hadamczik, and now the situation has been repeated.

“It may be a little bit tougher for him. On the other hand, most people who follow Czech hockey – both pros and fans – know that overall the situation is far from healthy and that a lot of changes have to be made. I don’t think anyone really expects that we will win gold again next year.” 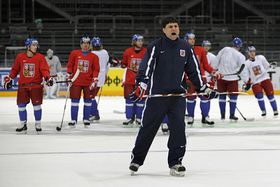 Vladimír Růžička, photo: CTK So this year was an exception?

One factor that plays in Mr Hadamczik’s favour is the fact that he is said to enjoy a better professional relationship with some NHL players than his predecessor. He may also be able to build on some of the unexpected talent from this year’s tournament. Last but not least, banning unforeseen circumstances, he should also be able to count on Jaromír Jágr – a hockey legend and major boost for the morale of the team – to return. Karel Knap once again:

“This championship discovered some new talent, some new young players who can play at the highest level. But we shouldn’t forget that a lot of the best players in the world didn’t take part this year. If you have 100 of the world’s best players, 90 weren’t there. The question will also be whether the new coach can capture the same spirit in the locker room that was in evidence this year.” Czech team at the World Championship in Germany, photo: CTK One thing that observers say the new coach should take away from this year’s success is a chance to build on hard work that went into training special teams – namely penalty killing. That was an area where the Czechs dominated and made a difference, surviving against all odds and even scoring four goals short-handed. The new coach is widely seen as “old school” in his approach, but if he only keeps one thing from this year’s success, say observers, it should be this. 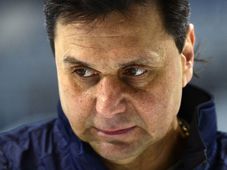 The embattled coach of the Czech national hockey Vladimír Růžička, under investigation for corruption, resigned on Tuesday. The move… 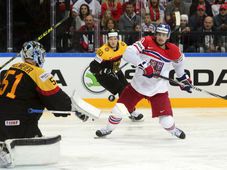 Overseas, many hockey fans are largely following the latest results in the NHL playoffs, but in Europe, all eyes in will soon be on…