The leading Czech philosopher Erazim Kohák passed away at the weekend at the age of 86. Professor Kohák’s family had to flee the Communists in 1948 and he could only return to his native country after 1989. Among those paying tribute to him have been Culture Minister Lubomír Zaorálek, who says his death will leave a gap in Czech public life. 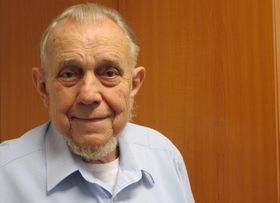 Erazim Kohák, photo: Kristýna Maková Erazim Kohák spent almost half of his life in the United States. Born in Prague in 1933, he was in his mid-teens when his family were forced to flee Czechoslovakia following the Communist takeover of 1948.

In a 2005 interview with Radio Prague, he firmly rejected the suggestion his parents – WWII resisters who were anti-communist – had chosen to emigrate.

“We did not decide to emigrate. We were refugees. An emigrant is someone who is looking for a different home somewhere else.

“We did not want any home other than Czechoslovakia. But we had the police on our heels! We literally crossed by night, we crossed the mountains into what was then the American zone of Germany.

“We were not emigrants. No-one welcomed us. We had no job waiting for us. We were refugees.”

Kohák studied philosophy, theology and religious studies at Yale, where he earned a PhD in 1958. He taught at Boston University and remained in academia for his whole career, also serving for a time as a Protestant pastor.

Apart from a short visit in the late 1960s, he did not see his Czechoslovak homeland until after the fall of communism, when he took up a teaching post at Charles University.

He had been active in the Czechoslovak Social Democratic Party in exile and remained so when it rose to prominence in the democratic Czech Republic.

His party colleague and friend Lubomír Zaorálek, the Czech minister of culture, remembers Erazim Kohák fondly – and says he was a pioneer in highlighting environmental issues.

“He stressed the meaning of ecological thinking. You know that he supported several non-governmental ecological organisations. 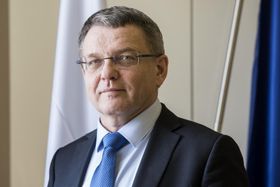 Lubomír Zaorálek, photo: EU2016 SK, Flickr, CC0 1.0 “He knew 20 years ago, and was stressing all the time, how important it was to speak about ecology, to speak about nature and to speak about the earth and sustainability.”

How much will he be missed in your party, and in Czech public life in general?

“I feel sorry as it seems to me that there is nobody able to replace him, because Erazim and had special experience and a special comparison also, because of his life in the United States.

“He had special knowledge and something extraordinary also when he returned to the Czech Republic.

“It seems to me there is nobody similar to him in our country and that’s why I’m convinced there will be something like a hole and a gap after him.

“He was really an extraordinary figure. Not only because of his knowledge, but also because of his personality, his fascinating kindness and patience.

“It was something special and very extraordinary also for me.

“There are a very limited number of people like him.” 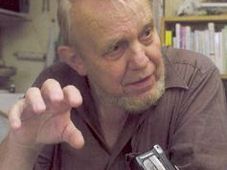 Hearth and Horizon: cultural identity in a globalised world.

This week’s Czech Books visits the home of the distinguished philosopher and author, Professor Erazim Kohák, to discuss his book,… 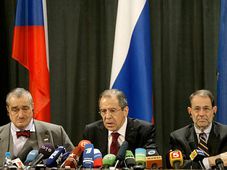 Central or Eastern? Schwarzenberg, Lavrov tussle over map of Europe

Prague, as any Czech schoolchild will tell you, is west of Vienna, and Czechs get notably prickly when their country is placed in “Eastern” rather… 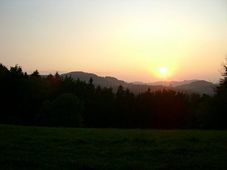 Wallachian Kingdom – reporting from a land that doesn’t exist