As the 50 anniversary of Jan Palach’s self-immolation draws near, the National Museum has released details on a project it has been preparing for over a year. The house where the Czechoslovak martyr grew up is to open as a special Palach museum in August. 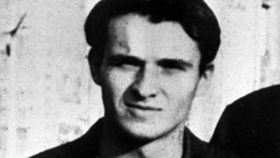 Jan Palach, photo: Wikimedia Commons,CC BY 3.0 CZ Next Wednesday it will be exactly 50 years since the 20-year-old student Jan Palach set himself alight in protest at apathy in the face of the Soviet occupation of Czechoslovakia. He died three days later.

Palach’s act inspired similar protests in 1969 and is remembered by a memorial on Prague’s Wenceslas Square on the spot where it took place.

“The memorial is set to open on August 21, as a bit of a symbolic gesture. On one hand it is an authentic reminder of the house where Jan Palach lived. However, architect Miroslav Cikán is also transforming it into a place of meditation and emotional remembrance.

“In cooperation with historians such as Petr Blažek, who is a big expert on Jan Palach, we are also preparing an exposition within the house that revolves around Jan Palach as a person, his act and its symbolic value in the context of the time.”

The building is set to have a black wedge placed into it, which will symbolise the communist regime. Within the house, shards of light from partly blinded windows and an empty family table will add to the symbolic atmosphere. 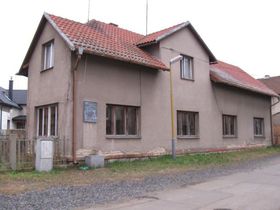 Jan Palach’s home in Všetaty, photo: Radek Duchoň / Czech Radio “My colleagues and I had the honour of preparing an historical exhibition that will be located in a special pavilion. It is small, but I hope that it will introduce the story of Jan Palach, his family and the home itself in the 1960s, as well as other ‘living torches’ in the Soviet Bloc in a modern way.”

Among the items that will feature is Palach’s briefcase, which was found on the spot where he set himself on fire, and a letter found within it.

Dr. Stehlík says that the museum wanted to make sure the building would not be sold or demolished. After negotiations with Parliament, a special budget was agreed that allowed the house to survive and be transformed into a memorial site.

While things are not yet certain, the museum intends the memorial and exhibition to remain open in the long term. Dr. Stehlík hopes that it will attract schools and families with young children.