In its report for 2012, released on Thursday, the Czech intelligence service BIS warns that corruption remains a serious problem in the country, with increasingly tighter links between businesses and public administration. The service says that the public’s growing frustration with the present state of affairs is leading to a rise in extremism that presents a threat to democracy in the country. 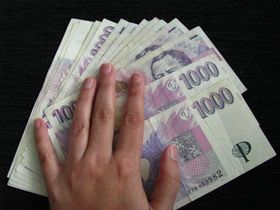 Photo: Barbora Kmentová Despite the former government’s proclaimed anti-corruption drive and a number of high-profile corruption cases being dealt with by the courts, it appears that the country has made little progress in rooting out this modern-day blight. The BIS report speaks of increasingly tighter contacts between private companies and public administration at all levels with the aim of drawing money from state coffers through public procurement. Projects are often artificially overvalued and there has been a huge and totally unjustified increase in services outsourcing for public administration.

Growing public discontent with this state of affairs combined with the economic crisis has resulted in widespread frustration and a rise in extremism among the public, the report says. Small ultra-right wing groups have increasingly been able to rally public support for anti-Roma marches and gatherings and while people are not actually voting for extreme parties in the elections, the number of protest votes given to newcomers promising to do away with corruption and curb welfare handouts to the chronically unemployed in October’s early general elections is indicative of the mood of the public.

The intelligence service says that –apart from the threat of street violence - this presents another danger: that mainstream parties which feel they are loosing ground may start to pander to these sentiments in order to win votes in local elections. Miroslav Mareš, an expert on extremism, at Brno’s Masaryk University says there are already indications that this is happening.

“Even now we can see what I would describe as an “extremization” of politics as such, the rhetoric, the activities of some local politicians, that’s a dangerous phenomenon, this spread of anti-democratic ideas into the broader political spectrum. We can find a lot of local politicians in northern Bohemia who try to cooperate with extremists, and even when they try to solve the problems of the Roma minority they do not avoid making some racist statements. And also some established politicians use anti-Roma prejudices in their political campaigns. 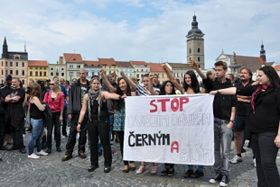 Photo: Jiří Čondl Although past intelligence service reports have dealt with anti-Romany sentiments, the warning that growing extremism in the Czech Republic may enter the sphere of politics, become widely accepted, and undermine democracy in the country is unprecedented. For the first time the BIS also offers recommendations on what should be done to avoid a worst-case scenario. The report says the government must stop playing down the problem, admit to the gravity of the situation and take effective measures to combat the trend.