The Czech Republic is resisting mounting pressure for it to take in more migrants in line with the EU’s redistribution mechanism. In a letter to the EU commissioner for migrants Dimitris Avramopulos, Czech Interior Minister Milan Chovanec said the country was pulling its weight in other ways. 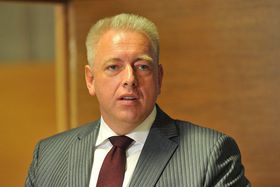 Milan Chovanec, photo: Martin Svozílek Pressure on Czechia, Slovakia, Hungary and Poland has mounted since the European Court of Justice last week issued a verdict legitimizing the mandatory migrant quota mechanism devised by the European Commission. Following a warning from the EU commissioner for migrants that the four countries could face court action unless they took in the prescribed number of refugees, the German justice minister, Heiko Maas said failure to respect the mandatory quotas mechanism could result in a loss of EU subsidies. And, on a visit to Prague, Italian Prime Minister Paolo Gentiloni reminded his hosts that EU laws and regulations are valid for all members.

The Czech interior minister, Milan Chovanec, responded to the criticism in a letter addressed to EU Migrants Commissioner Dimitris Avramopulos in which he pointed out how active the country has been in helping to deal with the crisis in other ways right from the start.

“The Czech Republic is one of the most active countries in helping to deal with this crisis, we have sent out experts to migrant hotspots, thousands of our officers have helped patrol borders where needed and we have sent millions of crowns in aid to countries such as Jordan and Turkey. So if the commissioner sees fit to criticize us for not taking in migrants, he should also recognize our merit in helping in other ways. Otherwise it is merely bullying from Brussels.”

The Czech Republic maintains that the mechanism of mandatory migrant quotas does not work, saying that it had not been given a chance to conduct a proper security screening of the refugees allotted to it and could not admit unchecked persons for security reasons. It moreover points to the difficulties of keeping migrants in the Czech Republic when the vast majority of them want to settle in Western Europe. Prague has long defended the view that the migrant crisis should be resolved in the countries where it originated and that finances spent there go much further than finances spent in Europe. It has also been active in offering assistance in protecting the EU’s borders and sending experts to countries with large refugee camps. 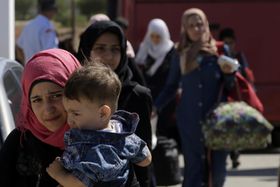 Illustrative photo: CTK Since 2015 the Czech Republic had sent 68 experts to the so called hotspots to help with the registration of refugees, over 5,000 Czech police officers have helped protect the borders of Hungary, Serbia, Slovenia and other states and the Czech Republic has sent 640 million crowns in aid to Jordan, Turkey and Lebanon to help deal with the migrant crisis.

The Czech Republic has taken in only around 12 refugees of the close to 2,700 allotted to it under the EC mechanism and minister Chovanec recently said no more would be admitted under this administration. However since there appears to be broad consensus on the migrant issue across the political spectrum, the chances of a radical turn-around after October’s general elections are highly unlikely.