The Czech government has taken another step to meet its pledge of clamping down on ever bolder manifestations of extremism in the country. The latest move is a guide for town and city halls how to recognise extremist meetings and either refuse them permission to take place from the outset or ban them once they are underway. The ministry of interior hopes the initiative will help clear Czech streets of extremists. 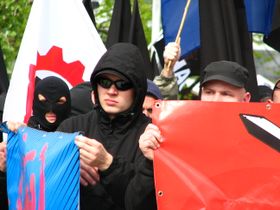 During one of the worst riots in the country last November around 1,000 riot police fought running battles with 700 right-wing extremists who tried to march on a Roma suburb in the northern town of Litvínov.

In response to such clashes in Litvínov and elsewhere, the Czech government has now launched a guide aimed at helping town and city halls recognise extremist meetings and either refuse them permission from the outset or ban them once they are underway.

The interior ministry booklet seeks to plug a gap which has become all too apparent in recent months. Czech town halls outside the capital just do not have the legal know-how or experience to tackle the seemingly ever bolder ambitions of extremist groups. These have been seeking to claim the streets with rallies and demonstrations and milk the media limelight that results for their cause.

Some local authorities have relied on expensive massed police action to swamp the extremists. Others have tried to ban marches but ended up on the wrong side of court decisions, after following flawed legal procedures. Few councils have successfully used the provisions of a nearly 20 year old law on public gatherings to ban extremist meetings.

The ministry’s 70-page rough guide to the law seeks to change all that with 4,000 of the publications being dispatched to town halls across the country.

Martin Pecina is minister of the interior. He said the booklet is a significant first step to help local councils tackle the extremist problem:

“It is a first step and we will follow with the next handbooks and the next steps, such as the hot lines and so on. But I think the first step is very important for them.”

The guide explains the current law and also provides advice for councils on how to recognise extremist meetings. Included is a list of anniversaries which right-wing extremist groups like to mark with marches and demonstrations. Recommendations also call for councils to monitor the organisers’ internet sites and find out if they have left a trail as organisers of previous extremist events. It also encourages councils to forge close links with local police and make use of their expertise on extremism. Practical advice is also given on the circumstances when a meeting already underway can be banned. 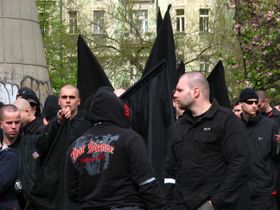 Martin Linhart is director of security policy at the ministry. He says many local councils have clearly been overwhelmed when faced with extremist demonstrations.

“I have to say at the moment that small villages or towns have nearly no experience of such huge types of demonstrations done for example by extremists. So I think it can be very helpful for them because they can read about all the law on free public gatherings in one place – on one web page or in one publication.”

He expects the councils to help update a web version of the guide. The focus will now be on councils and whether the offered advice translates into action against what the minister describes as a threat to democracy and slur on Czech Republic’s image abroad.

Jan Gebert’s powerful new documentary When the War Comes delivers sometimes shocking insights into the Slovak Recruits, a group that…