Medecins Sans Frontieres the Nobel-prize-winning humanitarian relief organisation has just opened an office in Prague, a move it hopes will see an upsurge in the number of skilled Czech and Slovak volunteers it can recruit for its missions.

Medecins Sans Frontieres MSF uses doctors, nurses and other skilled volunteers to provide medical and humanitarian assistance in the developing world and war zones. It has played a major part in countless international relief efforts, ranging from the 1984 famine in Ethiopia to the long-running Civil War in Sri Lanka. For many, the care provided by MSF volunteers is the only medical help they have access to.

At the moment there are only about 30 Czech volunteers attached to MSF. Up to now, they have had to apply to work for the organisation via its Vienna office. Now, however, it will be a lot easier for MSF to recruit Czech and Slovak staff because it has just opened a branch in Prague.

MSF director Richard Walker says the time is right to open an office to recruit directly from the Czech Republic and Slovakia, because both countries have a lot to offer an organisation like Medecins Sans Frontieres:

"We have excellent education skills and levels of medical training here, particularly in the Czech Republic. We also have a population who are quite adventurous in terms of travelling and their ability to move around the world. We also find that their skill sets and language skills are appropriate for our organisation. As a result, it's a perfect target area for us here, particularly in terms of recruiting medical and non-medical staff."

One Czech doctor who has been cooperating with MSF for a number of years is obstetrician and gynaecologist Ondrej Simetka, who has been on missions to places like Sri Lanka and Liberia. Although, like many Czechs, he was initially attracted to MSF because of the opportunities it gave him to travel and see the world, his continued involvement with the organisation is based on something a lot deeper.

"I liked travelling a lot when I was at the medical university. That was basically my main interest in the beginning. I thought it would be nice to somehow combine medical work with travelling and learning about new cultures and so on. So I took some courses in tropical medicine and after I finished university and got my specialisation I applied for MSF. Then I went on my first mission. After you go on your first mission, everything changes and your motivation becomes something completely different and the interest in travelling ceases to be so important. The most important thing becomes the feeling you can get from the work and the help you can provide. This is the nicest thing about working for MSF."

It is hoped that with the opening of a branch in Prague, Medecins Sans Frontieres will soon be recruiting a lot more people from the Czech Republic's highly skilled medical workers in the near future.

Richard Walker also says that the opening of a Prague branch of Medecins Sans Frontieres should also raise the organisation's profile in the Czech Republic and Slovakia and help focus the public's attention on some of the crisis regions where it operates:

"The second pillar of MSF is witnessing and advocacy. And our job in the Czech Republic will also be to raise awareness of humanitarian issues around the world as well as crises that MSF is involved in and our interventions."

Anyone interested in finding out more about the organisation's activities in the Czech Republic can visit its website at www.lekari-bez-hranic.cz 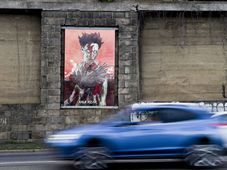 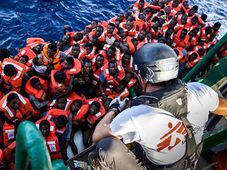 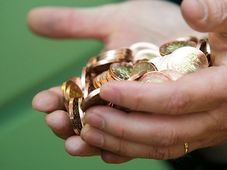 The Czech Republic is for the first time fully taking part in Giving Tuesday, a global event created back in 2012 to promote charitable…