The Israeli author Tom Segev is in Prague to launch the Czech translation of his acclaimed biography of the Nazi hunter, Simon Wiesenthal. Entitled Simon Wiesenthal: The Life and Legends, Tom Segev’s latest work offers a critical yet compassionate look at the complicated man who devoted his life to tracking down Nazi criminals. Radio Prague spoke to Tom Segev during his Prague visit, and asked him how different the real Simon Wiesenthal was from the myths he himself helped create. 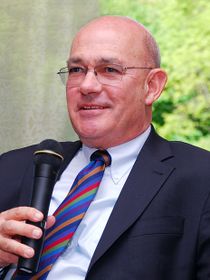 Tom Segev, photo: Pavol Frešo, CC 2.0 license “Wiesenthal was a man who lived between fiction and reality. But again and again, I was surprised how much of what he said was in fact true and had a grain of truth. So I concluded he didn’t really invent much although he did dramatize some things.

“He needed the myths for two reasons: he felt a need to be famous and loved and he enjoyed being a celebrity but that was not the main reason. He created around himself a myth of a man who controls a huge powerful organization, so powerful as the CIA, KGB and the Israeli Mossad together. He did that because in reality he was a very lonely man who had three tiny rooms in Vienna and he had no agents and no money. He would cut up stories from old newspapers and went through old documents and old telephone books; that’s the way he worked. But the myth helped him get access to people.”

One of the myths surrounding Simon Wiesenthal is related to his part in locating and capturing Adolf Eichmann in Argentine. What was his role?

“When Wiesenthal started to search for Nazi criminals immediately after his release from the Mauthausen concentration camp in 1945, he had an obsession: he decided to locate Adolf Eichmann and that became the purpose of his life. In April 1953, he sent a letter to the Israeli ambassador in Vienna telling him he had just found out that Adolf Eichmann was living in Argentine – but Israel did nothing with that letter. 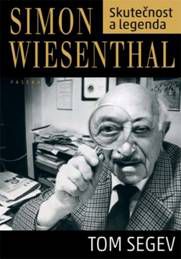 “In the end, it is today officially recognized by the Mossad in Israel that Wiesenthal did in fact help in the effort to locate Eichmann including very shortly before he was actually caught. Mossad agents came to Wiesenthal and asked him about it. One of the discoveries of the book is that Wiesenthal in fact worked with the Mossad for ten years, meaning that the Mossad financed his activities for about ten years. That’s something nobody knew before I found the correspondence between Wiesenthal and the Mossad people.”

How did Simon Wiesenthal find working with the communist countries, including Czechoslovakia? 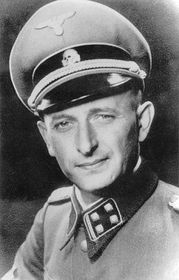 Adolf Eichmann “But in 1967, this all changed because of the Six Days’ War between Israel and its neighbours and the communist countries became very anti-Israel. Wiesenthal, who was pro-Israeli and felt at home there, had to make a decision and that’s when he became very anti-communist and the communist countries regarded him as a major enemy. In the book, I have reports from the Polish secret service which tried to infiltrate his office in Vienna and spied on him.”

In your book, you give an account of a procession Simon Wiesenthal organized in Jerusalem in 1949 with a glass coffin containing the ashes of Jews murdered by the Nazis. You describe how Israelis felt about it. What was his impact on the Israeli society?

“Wiesenthal was able to commemorate the Holocaust and cultivate an attitude to the Holocaust long before most Israelis were able to do that. Israel had a very difficult attitude to the Holocaust; nobody knew how to live with the fact and how to live with the survivors. Wiesenthal kind of forced an official memorial service on Israel in the very early days, that’s the funeral of the ashes he had collected in Austria and brought to Israel. “Wiesenthal had a broad humanistic approach to the Holocaust, he never hesitated to compare it to other genocides like those in Rwanda, Cambodia, the Balkans and so on. That’s something that many Israelis and the Jewish establishment in the United States found offensive because we had and to a large extent still tend to have today a view that the Holocaust was a unique event unlike anything else and cannot be compared to any other genocide. That’s one of the reasons why Wiesenthal became so controversial.” 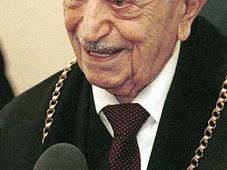 Legendary Nazi-hunter Simon Wiesenthal will be buried in Israel on Friday, after a life-time spent bringing war criminals to justice.…