Czech ice hockey legend Jaromír Jágr caused a minor sensation on Tuesday by switching clubs in the NHL shortly before the league’s transfer deadline. After an impressive season with Dallas, the veteran star has moved to Boston, putting himself in with a chance of winning the Stanley Cup one more time. 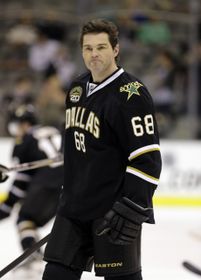 Jaromír Jágr, photo: CTK Jaromír Jágr, who turned 41 in February, is the most productive European-born player who has ever appeared in the NHL and is regarded as one of the sport’s all-time greats. To Czech ice hockey fans, he is nothing less than a living legend.

Jágr was the first player from Czechoslovakia drafted by the league without first having to defect to the West, joining the Pittsburgh Penguins in 1990. The following year he won the Stanley Cup with the club, a feat repeated in 1992. Since then he has picked up a host of other accolades, including Olympic Gold with the Czech Republic at Nagano in 1998.

At the beginning of the current season, the right wing signed a one-year deal with the unglamorous Dallas Stars. Despite his veteran status, he was the club’s most productive player, with 14 goals and 12 assists.

However, with the Stars looking set to miss out on the Stanley Cup playoffs, the surprise news emerged on Tuesday that Jágr was leaving for the Boston Bruins; they are on course to make the cut and have aspirations to win the trophy.

On the line from the US, the player’s agent, Petr Svoboda, discussed the trade.

“It wasn’t so simple. After a beautiful start – and a beautiful season – Dallas wanted to hang on to Jarda. But when the management realised that the club’s chances of making the playoffs were getting smaller and smaller, the whole thing happened quite quickly.” 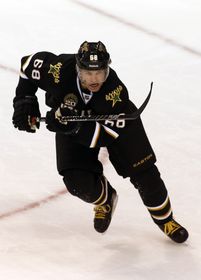 Jaromír Jágr, photo: CTK Boston are the sixth NHL club for Jágr, who also spent a few seasons in the Russian league. Svoboda says they were just one of a number of clubs keen to secure the services of the player, who scored six power play goals for Dallas during the regular season.

“Seven or eight clubs that think they have a chance of winning the Stanley Cup were interested in Jarda...As for his role, I think it’s clear, things haven’t always gone well for Boston during power plays this season. And I think they have big expectations of Jarda.”

At the Bruins, he will line up alongside fellow Czech David Krejčí; he was just four when the older player made his debut for Pittsburgh and remembers having Jágr posters on his wall as a child.

Boston will be hoping that despite his age, Jágr – who will wear his trademark no. 68 for the club – will help them go all the way in the Stanley Cup. A third ring for the veteran player would rank alongside any of the other great achievements of a brilliant career. 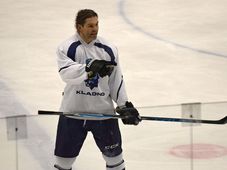