The sixth annual series of New Czech Films took place over the weekend in the cultural hub that is the New York City. The films were screened at the Brooklyn Academy of Music Cinematek, and Czech Center New York hosted an informal gathering to kick off the weekend. Czech expats and friends alike had the unique opportunity to meet with famous Czech actor Jan Triska.

Irena Kovarova has been the curator of the New Czech film series in New York for six years. Her experience has taught her that Czechs make good films, and Americans are interested in them. She tells me about the artistic choices she made in selecting this year's series.

"Well the film 'Up and Down' is our centerpiece with tonight's special guest Jan Triska, who is a legend, even for generations who didn't have the chance to see him on stage where he started and where he became a star. Obviously because of the director Jan Hrebejk's position on the American scene it was an easy choice. 'Up and down', has had great reviews in the American media, not only in the New York Times but in other publications too. But I think it is also good to see an attempt to portray contemporary Czech society. Another big film we are presenting is 'Czech Dream', which will hopefully get distribution in America. I think it has a good chance even though it is a small European documentary. It is provocative and I think that people always appreciate a little tongue in cheek."

Jan Triska in the film 'Up and Down' With libations provided by the Czech liquor producer, Becherovka, the Czech center New York was buzzing. Czech New Yorkers and Czechs, who recently moved to the Big Apple, gathered to have the chance of meeting Jan Triska. Anna Balev has been living in New York for nearly thirty years and recalls how she first got to know his work.

"Well I know him from some movies from the time I was living in Czechoslovakia, which was up until 1976. Right now I cannot name a movie, but I certainly know his face and his name from those times."

If you were to ask him one question, what would it be?

"I would probably ask him about his immigrant experience. I just talked to him, but very shortly, it's very busy here. So, as I am an immigrant of nearly thirty years, as he is also, it would be interesting to hear how he adjusted here and how he started as an actor because it must have been hard with limited English and an accent that we all have and that is very hard to get rid of."

Anna's curiosity about Jan Triska's transition to America is not new to the sixty-nine year old actor.

Jan Triska in 1970 "Well, listen it is not an easy question and therefore not an easy answer. In short, I have loved it. I prefer to be a little minnow in a huge ocean than to be a big fish in any local pond. And for someone who is an émigré, who has been forced to leave his own country, having this profession of being an actor, it is an enormous challenge and I have always loved it, especially because I have been in some very good theatrical productions in this country. The effort, in which one had to extend into it, was worth while."

Although Jan Triska is one of many in America's film industry, he has achieved what no other Czech émigré actor has. He managed to revive with vigor his presence on the Czech film and theatre scene after fifteen years abroad and maintained a fruitful acting career and life in the United States. Most Czechs recognized him in his small role as the assassin in the critically acclaimed film, "The People vs. Larry Flynt". Irena Kovarova again. 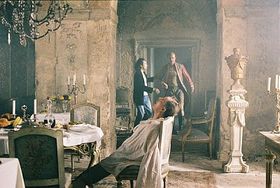 'Lunacy' "Well, even though Jan Triska is a successful theatre actor here in the United States he is not known to most Americans. We attempted two things: to bring out the Czech community to come to the opening to a film that they have probably already seen because it was out in distribution, and to preview Jan Triska for the wider film audience in America because he has a lead role in the upcoming Jan Svankmajer movie called, 'Lunacy', that is going to have a premiere next week in Prague. So, it is always good to give an actor a background before people see him in other films, and Svankmajer is a star. He is definitely for American film buffs somebody that they know and respect." Well-known in Czechoslovakia, Jan Tříska had to start all over again after his emigration to the US. But his career had a wonderful… 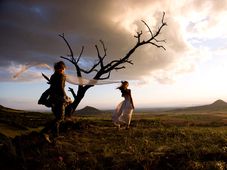 Last week saw the premiere of ‘Máj’ (or ‘May’), a film version of an iconic romantic poem written by one of the greatest Czech poets,… 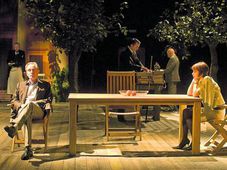 In this week's Arts, a look at the first new play by former Czech president Václav Havel in twenty years. "Leaving" - about a politician's painful…