The Czech football clubs Viktoria Plzeň and Sparta Prague are in the happy situation of going into their final group games in the Europa League on Thursday night having already qualified for the knock-out phase of Europe’s second-tier club competition. Their success means that it will be the first time in nine years that Czech teams are still performing on the international stage after Christmas. What is behind their success? That’s a question RP put to Karel Häring, from the Czech daily Sport. Pavel Horváth of Viktoria Plzeň, photo: CTK “I think we have to differentiate here between Plzeň and Sparta. Viktoria Plzeň is a team in which something got going two seasons ago. They profited from their experience from the Champions League and they carried on with their style of play and very good results. So for me, Plzeň’s success is not as surprising as that of Sparta which is now going through a transition period.”

Some people, including Plzeň manager Pavel Vrba, say the success in European cups reflects an improving quality of the Czech top division. Do you agree that the Gambrinus liga has improved over the past few years?

“Yes, I do. There has been some improvement although I would not say it is massive. And there are still big differences – if you watch clubs like Plzeň, Sparta, Jablonec or Olomouc, they play attractive and offensive football. You can of course come across really bad games; if you see clubs like Příbram, you would not say the league has gotten better. But generally speaking, more goals are scored and the league is more offensive now. So yes, this is one of the reasons behind the Czech clubs’ success in European cups.” 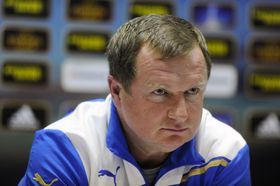 Pavel Vrba, photo: CTK How do see Sparta’s and Plzeň’s chances in the knock-out stage of the Europa League in the spring?

“It’s difficult to predict now; we will know more after the draw [to take place on December 20]. But I think if Plzeň keeps the team as it is – with maybe one or two players replaced during the winter break – they have a really good chance of going through. Of course, if they get to play Chelsea, it will be very difficult. But if they play some teams from Belgium or Portugal – not from the top five leagues – they can certainly make it to the last 16.”

Are there any particular clubs that Sparta or Plzeň would like to play?

“From what I heard from the players, they would prefer to play English clubs. But in general, I think that in the first play-off round, they wish to play someone not from the best leagues and then, if they go through to the last 16, they want to play some of the big guns.” 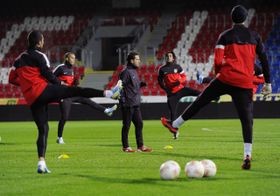 Atlético Madrid, photo: CTK How will the Czech success in Europa League this season improve the country’s UEFA coefficient which determines how many clubs can qualify for European Cups?

“That’s of course a major benefits of this season. Before the season, the Czech Republic was ranked 22nd, and now it is 18th. Over the period of the next three seasons, the Czechs could reach 15th place which is important as it would allow two Czech clubs to qualify for the cups, which for Czech football would mean a return to better times.”