The eastern Bohemian town of Kladruby nad Labem is famous worldwide for its horse stud farm, founded by the Habsburg emperor Rudolf II. The western Bohemian town of Kladruby is home to a spectacular 12th century Benedictine monastery where the martyred saint of Bohemia, John of Nepomuk, was tried and tortured. An effort is now afoot to have the cloister and Czech Baroque/Gothic style church named a European Heritage site. 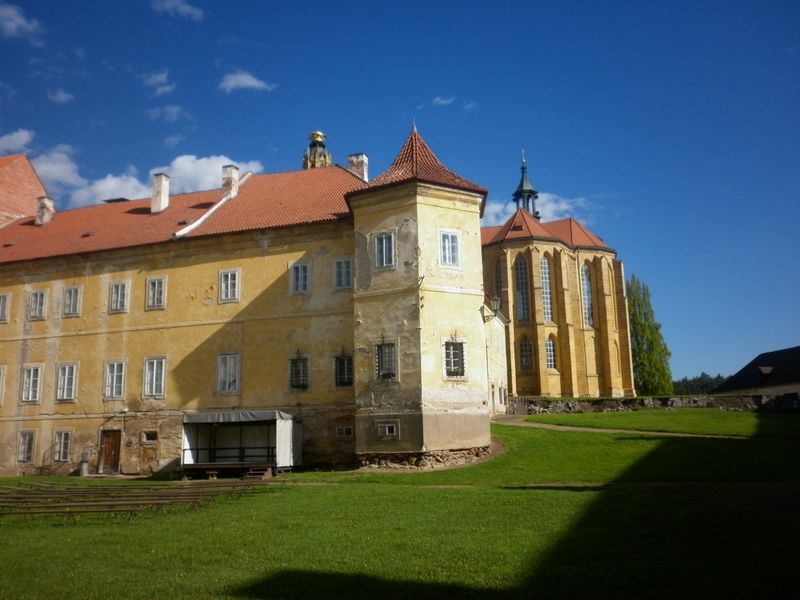 The Czech national stud farm in Kladruby nad Labem, founded in 1579, was added to the UNESCO World Heritage List this past summer. Avid listeners may recall that Prince William and his bride Kate Middleton received a rare Kladruber horse, among the oldest breeds in the world, for their royal wedding some years back. Minister of Culture Lubomír Zaorálek visited the Benedictine monastery of Kladruby, photo: Martina Sihelská, ČRo Plzeň While the horses are magnificent, the Benedictine monastery of the other Kladruby, founded by Prince Vladislav I, and its Church of the Assumption of the Virgin Mary, rebuilt in the Czech Baroque Gothic style, is also truly a site to behold. However, unlike the stud farm, the site did not make it to the UNESCO list.

Minister of Culture Lubomír Zaorálek this week visited the Benedictine monastery, which is currently undergoing a major restoration. He told Czech Radio that there are no plans to apply again for its inclusion on the United Nations’ heritage list, though the first attempt was made a quarter-century ago.

“As a rule, UNESCO do not reconsider something that they have already assessed before. At the same time, another principle recently proclaimed quite categorically is that among the UNESCO monuments there are already too many sacral monuments from Europe, and so it is necessary to choose from other continents and other types of buildings.” The church and cloisters fell into disrepair after being nationalised by the communist regime. The cost of restoring its former glory has been budgeted at 120 million crowns, the lion’s share of which comes from European Union being subsidises. Photo: Lukáš Milota, ČRo Plzeň Once the work is done, the site could seek European Heritage Label – a recognition awarded by the bloc to buildings, documents, museums, archives, monuments or events view as “milestones in the creation of today’s Europe”.

An application for gaining that label must be considered quite carefully, says Vlastislav Ouroda, the Deputy Minister of Culture for the management of cultural heritage, and could take years to do right.

“The European Heritage Label aims primarily to strengthen cooperation among European countries. So, it is very important to come up with a topic that fulfils that aim. The question is whether to promote the church on the grounds that it is a great example of Baroque architecture or whether we should emphasize the Benedictine monastery.” 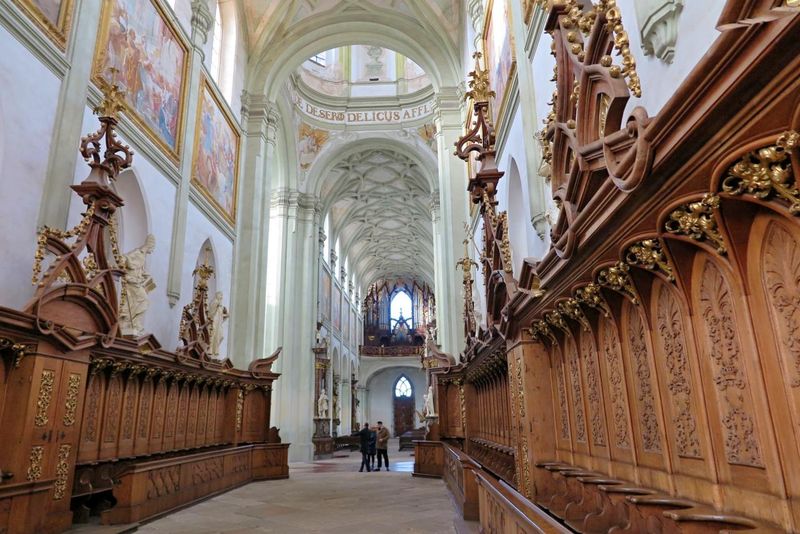 Church of the Assumption of the Virgin Mary, photo: Martina Sihelská, ČRo Plzeň

… or Saint John of Bohemia?

Kladruby’s Church of the Assumption of the Virgin Mary is a prime example of the architect Santini’s work, who blessed it with a 46-metre high dome, still among the largest in the country. 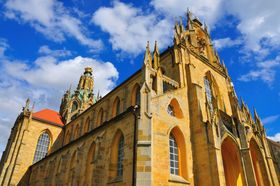 Church of the Assumption of the Virgin Mary in the Kladruby Abbey, photo: JirkaStejskal, CC BY-SA 3.0 Its ancient abbey houses the tomb of Prince Vladislav I and Europe’s largest exhibition on the Saint of Bohemia, Jan Nepomucký, venerated by Catholics for defending the Seal of the Confessional and by Romantic nationalists as a Czech martyr to imperial interference.

To gain European Heritage Label status, the National Heritage Institute is looking for a comprehensive theme encompassing all these elements of Czech history and architecture, says Petr Pavelec, head of the regional branch.

“At the National Heritage Institute, we are now coming up with ideas for proposals. The theme of Santini, the theme of the sacral journey and cultural journey – these are aspects we will certainly want to promote as important European cultural heritage, now more than ever.” 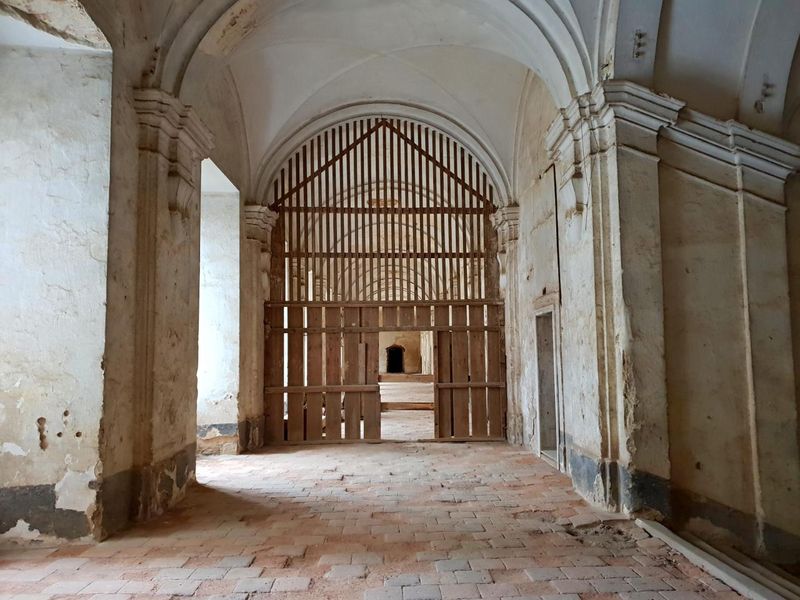