Approximately 1.5 million Czechs are living below the national poverty line. In line with their election promises, the Social Democrats have now unveiled a long-term poverty reduction plan aiming to improve their lot. But with money in short supply, the leading party in government will need to convince its own coalition partners of the need to spend tens of billions of crowns on higher pensions and social housing. 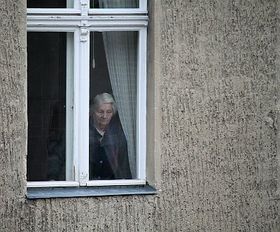 Photo: Sebastian Schaeffer / freeimages According to the government agency for social inclusion fifteen percent of Czechs live in poverty – predominantly pensioners, whose pensions were not adequately upped to cover inflation during the economic crisis, families with two or more children, who have also been hit by the cost-cutting measures of previous centre-right governments and single parents. The Social Democrats, of the centre-left coalition, have vowed to change that, promising to improve the living conditions of the socially weakest groups of the population by gradually increasing their income and providing social housing.

The long-term strategy, drafted by the Labour and Social Affairs Ministry envisages a growth in the minimal wage from the present 8,500 crowns a month to 9,000 in 2015 with the aim of reaching 12,000 in 2018. The Social Democrats argue that it is essential for people who work to have a higher income than those who live off social welfare, since a meagre minimal wage only encourages people to sponge off the state. 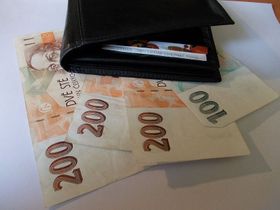 Photo: Ladislav Bába The poverty reduction plan envisages help for single parents –particularly in cases where there are problems with alimony payments and the child or children are raised on one income. Labour Minister Michaela Marksova wants the state to provide advance payments to single parents in such cases and start legal proceedings to refund the money from the debtor.

There are also plans to raise pensions –which this year grew on average by 45 crowns –i.e. just over two US dollars. The ministry says a 200 crowns pension hike next year is an absolute minimum and would like to see pensions valorised regularly to cover inflation.

And, last but not least, the government wants to address the problem of social housing. According to government data compiled in cooperation with the Czech branch of the Salvation Army there are now approximately 30,000 homeless people in the country and another 70 thousand people are at threat of losing their homes. Providing social housing, which people on a minimum income could afford, is high on the list of government priorities and part of its strategy against homelessness. The prime minister, who is the driving force behind these plans, says he would like to see legislation on higher pensions approved by mid-summer and a clear outline of plans for social housing before the end of the year. Photo: Jason Nelson / freeimages Although work on the respective laws is in full swing, the poverty reduction plan could still be scuppered by lack of public finances. The opposition parties say the money for generous welfare hand-outs is simply not there and accuse the Social Democrats of driving the country deeper into debt at the expense of future generations. Much will now depend on the stand of the Social Democrats’ coalition partners – ANO and the Christian Democrats – who have so far responded cautiously to the poverty reduction strategy, pointing out that while social welfare is commendable the state can only afford so much. 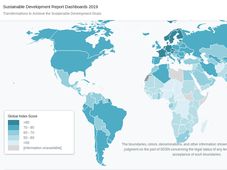