Czech Radio marked the 30th anniversary of the Velvet Revolution on Monday with an international conference on the fall of communism in Central Europe and the transformation processes that followed. Aside from leading experts in the fields of economics, political sciences and journalism, the speakers’ list also featured the names of prominent former dissidents and politicians such as Lech Wałęsa, Magdaléna Vášáryová and Václav Klaus. 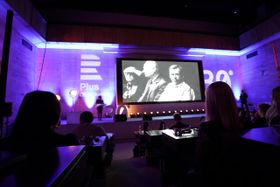 Michael Žantovský speaks about Václav Havel, photo: Khalil Baalbaki / Czech Radio The venue of the conference -the New Building of the National Museum - used to be the heart of Communist legislature during the normalisation era. Now the building that once housed the Czechoslovak Federal Assembly and later Radio Free Europe hosed a daylong conference organised by Czech Radio, titled: “Europe without the Iron Curtain: 30 Years of Freedom”.

The event began with a speech by Michael Žantovský, the director of the Václav Havel Library, who is also the former president’s biographer. He highlighted the fact that although Czechoslovakia’s future president Václav Havel, was not expecting the moment of change to begin with the demonstration on November 17th, he was nevertheless the man of the hour, who set the country in a clear, Western direction.

“In November 1989 and the following months he showed an exceptional ability to see events in Czechoslovakia from an international perspective and had a vision for the state’s future place in the world.

“Without repairing damaged relations with the West and neighbouring Germany, which was burdened by the heritage of Communist rule, the Second World War, Nazi occupation and post war population expulsion, the Czech return to Europe would have been hard to imagine.”

Poland’s famous intellectual Adam Michnik, who played a crucial role in the 1989 talks with the communists that led to the latter agreeing to elections that year, said he remembers 1989 as a time of hope when people such as him had a feeling that they were fighting for something fresh and great. 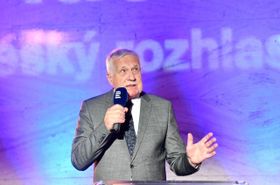 Václav Klaus, photo: Michaela Danelová / Czech Radio He was followed by the former Czech prime minister and later president, Václav Klaus, who said that the fall of communism was the most important event in the country’s modern history.

However, the former Czech president also said that the experience of communism had given the country a unique sensitivity towards what he sees as various elements weakening freedom, democracy, the free market and national sovereignty.

“That explains why the countries of the Visegrad Four are far more critical towards dangerous tendencies of the present day, a period, marked by the victorious onslaught of multi-culturalism, genderism, environmentalism and transnationalism. These are ideologies that are currently winning in Western Europe and ones which we certainly did not expect in November 1989.”

At a subsequent panel, Lech Wałęsa, the leader of Poland’s Solidarity movement in the 1980s and Poland’s first post-communist president highlighted the fact that election participation in most states is very low in today’s world. He finished with an appeal towards the search for new structures in a world order that is currently taking shape.

Sitting next to Walesa, the former ambassador and foreign minister Magdaléna Vášáryová, who was one of the leading figures of the Velvet Revolution in Slovakia, said that the basic principles of a free society are critical thinking and free discussion.

In the afternoon hours a wide range of philosophers, political scientists and economists explored controversial topics in panels titled: “Is democracy dying in Central Europe?” and “Has the democratic world missed the chance it was given in 1989?”.

One of those who discussed the latter, was Yasha Mounk, a German-American political scientist and university professor, who recently penned the book The People vs. Democracy, in which he warns that liberal democracy is under threat. Asked by Czech Radio’s Michael Rozsypal why he believes this is the case, he said that when it comes to Central Europe, one of the reasons may be quite simple. 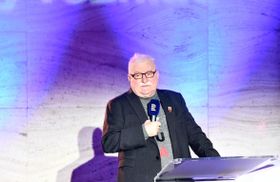 “That makes Central Europe special in a certain way.”

Study: Almost one in four Czechs would favour strong leader

Some 24 percent of Czech voters would favour a strong leader, according to a report from Bratislava think tank Globsec. The study Voices…