The legendary Czech actor Radoslav Brzobohatý passed away suddenly on Wednesday, a day before his eightieth birthday. Some of his most famous film roles came in the 1960’s, but the prolific television, theatre and movie star had dozens of roles to his name. 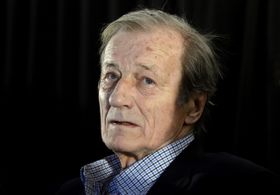 Radoslav Brzobohatý, foto: ČTK Radoslav Brzobohatý’s film and television roles were often compared to heroes of American Westerns – manly, brave and chivalrous. Both his early roles and those in the last few years defined him as a unique embodiment of male strength and permanence among Czech actors. Here is how film critic Darina Křivánková defined Brzobohatý’s irreplaceable position in the nation’s film industry:

“In Czech cinematography, there were few really manly types of actors. And Radoslav Brzobohatý was unique because he was able to play these strong, manly roles very convincingly. It just came naturally to him. It was part of his character.” 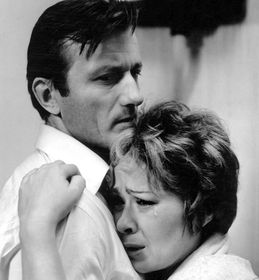 Radoslav Brzobohatý and Jiřina Bohdalová in 'The Ear' ('Ucho') Having played in almost 70 films and countless stage productions, Mr Brzobohatý is still most often associated with his earlier roles in the Czech New Wave films All My Compatriots (Všichni dobří rodáci) from 1968 and Ucho, or The Ear, shot in the following year. Both of the films were taken out of circulation by communist censorship during the post-1968 period of so-called normalization, and Mr Brzobohatý was prevented from receiving any significant roles in films until the 1980s. Yet, he was able to continue his acting career, appearing in one or two films practically every year until the late 1990s.

For over thirty years, Mr Brzobohatý also played at one of the most prestigious theaters in Prague, Divadlo na Vinohradech. He left the theater in 2000, later founding his own troupe and theatre – Divadlo Radka Brzobohatého – with his third wife, the Slovak actress Hana Gregorová. 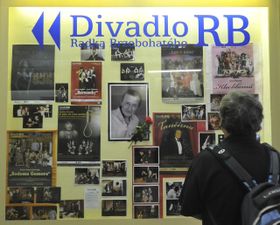 Foto: ČTK Although the prolific actor and amateur violinist never made a public stand against the communist regime in Czechoslovakia, his leading roles in All My Compatriots and the 1970s TV series F. L. Věk about the Czech national revival in the 19th century earned him a reputation for being an uncompromising Czech patriot among his audience. In All My Compatriots he played František, a farmer from a Moravian village who refuses to give up his land to the state-run collective farm after 1948, for which he is given a prison sentence. František retains his honor and is able to forgive his fellow villagers after his return.

Coming to Prague in 1962, Radek Brzobohatý always maintained his affection for Valašsko, the easternmost region of Moravia, where he spent his childhood. He always called himself a true Valach and assigned his talent for music and his life’s work to the youth orchestra and amateur acting groups he was involved in since an early age. 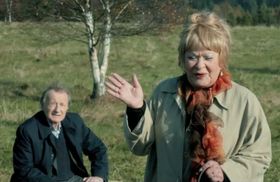 'Wrinkles from Love' ('Vrásky z lásky') Radoslav Brzobohatý was active until his very last day, performing in his theatre, the TV series Vyprávěj, and giving interviews about his life and career to the press. Although he had his share of health problems, he insisted on continuing his work, even starring in a new feature film this year while he suffered with a hip problem. The film, Vrásky z lásky, or Wrinkles from Love, reunited him with his former co-star from Ucho, and second wife Jiřína Bohdalová. The director of the romantic comedy, Jiří Strach, spoke to Czech Television on Wednesday night about his lead actor:

“I think we haven’t just lost a popular figure, but I think that we lost one of the greatest actors that this country has ever had. I believe we can definitely place Mr Brzobohatý among the greats such as Karel Höger, Jan Pivec, or Rudolf Hrušínský. In his appearance he reminded me of the archetypes of American film heroes like Gregory Peck, and that stayed with throughout his career. But it wasn’t just that, Radek had an immense soul – a beautiful, vast, Valach soul, honorable and honest.”

Funeral ceremony for Radoslav Brzobohatý to be held next week

The funeral for legendary Czech actor Radoslav Brzobohatý, who died this week at the age of 79, will be held on Friday, September…

Legendary Czech actor Radoslav Brzobohatý has died at the age of 79. The actor, who starred in Czech New Wave films like Všichni Dobří…