Legendary band Pražský výběr to play their biggest ever concert

Members of the legendary rock group Pražský výběr will go on stage at Prague’s O2 Arena on Wednesday night to play the biggest and quite possibly the last concert of their 40-year career, called “eR - Last or Forever”. The concert of Pražský výběr, one of the most significant rock bands of the 1980s, will be accompanied by the Czech National Symphony Orchestra, and they will be joined on stage by a number of guest musicians. 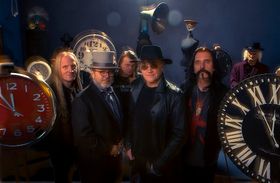 Pražský výběr, photo: archive of the band Pražský výběr or Prague Selection, named after a popular brand of cheap wine available in Communist Czechoslovakia, was established in 1976 by the singer Michael Kocáb and guitarist Michal Pavlíček and gradually became one of the most influential bands of the so-called Czech New Wave. The band, which was largely banned from performing in the mid-1980s, became a symbol of resistance to the communist regime.

Following the Velvet Revolution the band’s frontman Michael Kocáb acted as one of Vaclav Havel's main advisors and oversaw the withdrawal of Soviet troops. The group broke up in 2006 only to reunite again six years later. 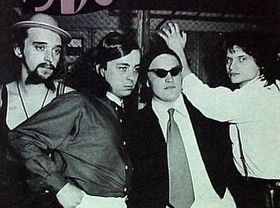 Pražský výběr, photo: Czech Television “There were two moments that shaped Pražský Výběr: one of them was the repression of free culture in the 1980s. And the second thing was a very unique musical style, which was partly inspired by the New-Wave and post-punk American bands such as Devo or Television. But in any case, it was a very singular style.”

Despite their legendary status, Pavel Klusák says the band’s contribution is largely limited to the 1980s and despite the lasting popularity of some of their songs the band remains both mentally and musically in the last millennium.

Indeed, hits from Pražský Výběr’s best-known albums such as Straka v hrsti or Běr will be the core of Wednesday’s concert at Prague’s O2 Arena.

Exactly 40 years after it was founded, the band is set to appear on stage in its complete original line-up, including bass guitarists Vilém Čok and Ondřej Soukup and drummers Klaudius Kryšpín and Jiří Hrubeš.

Pražský výběr will be accompanied by the Czech National Symphony Orchestra lead by Steven Mercurio, the conductor of the Metropolitan Opera in New York. Among the many guests appearing on stage will be Lukáš Pollert, Vojtěch Dyk and the band Monkey Business.

On the occasion of the unique concert, Pražský Výběr has recently released new editions of their best-selling albums, including Straka v hrsti, Výběr and Na Václavským Václaváku. 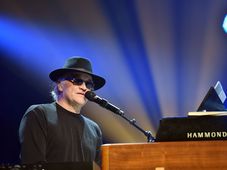 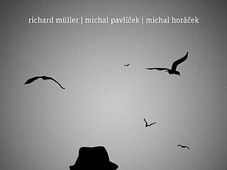 Hello and welcome to Radio Prague, with me R.F. Today's Sunday Music Show is dedicated to the album Sociální síť or Social network,…

The great Ennio Morricone is due in Prague this weekend to record the score for the new Quentin Tarantino movie The Hateful Eight.…