Slavia Prague have qualified for the Champions League for only the second time ever and the first time in 12 years. But how have Slavia put themselves in a position to take on some of the biggest clubs in world football? 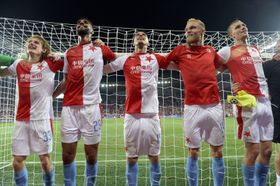 Photo: ČTK/Kateřina Šulová Slavia Prague regularly finished off the pace in the Czech league for the best part of a decade but this May clinched the title for the second time in only three years.

The club also secured their first domestic double in many decades and reached the last eight in the second-tier Europa League.

Now Slavia, owned by Chinese company Sinobo, have gone a step further by reaching the lucrative Champions League, for only the second time in their history and the first time since 2007–2008.

On Wednesday night they overcame Romania’s Cluj 1:0 in Prague, repeating the score of the first leg of their final qualifying round tie.

The only goal of the game came from defender Jan Bořil: 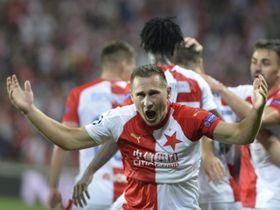 Jan Bořil, photo: ČTK/Kateřina Šulová “Everybody laughs at me for not scoring and says that if I do shoot, it ends up in row 50. People said I’d keep it back for such an important game, and that’s how it worked out. It’s a wonderful feeling. It’s the reason we play and work hard all season. Now we’re looking forward to the draw and the group stage, but it won’t end there – we want to have success in the group.”

But how have Slavia put themselves in a position to do so well both domestically and at the European level?

“They’ve given time for the project, which if you look at Plzeň, that’s what they gave Pavel Vrba at the initial outset of his reign – and he got Plzeň into the Champions League on a semi-regular basis.

“Slavia, coming with all the Chinese money, planned for the playing style and have stuck with it and kept at it, and last season and this season we’re seeing that they’re definitely getting the rewards for that on a continental level, as well as domestically.

“There’s a canny transfer policy built into that as well, keeping hold of players like Tomáš Souček.

“I think a couple of years ago he would have been sold for effectively a pittance, whereas now they’re in a position of strength where they can say, Look, it’s going to be EUR 10 million at minimum before they can release him.”

Boothroyd says coming third in the four-team group, and therefore going into the Europa League early next year, would be an accomplishment for Slavia: 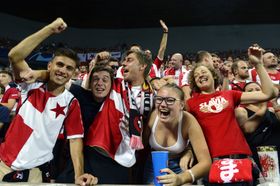 Photo: ČTK/Kateřina Šulová “If they get the odd point off the teams in pot one and two, I think that would be considered a monumental success and achievement.

“But yes, just not to disgrace themselves and they’re definitely in with a good shout of finishing third.

“And if they are in European competition post-Christmas then I think it will go down as one of the most successful seasons in quite a while.”

Slavia will find out their opponents in the Champions League in a draw that takes place at 18:00 CET.