This Monday marks the 220th anniversary of the birth of one of the great daughters of the Czech nation. Magdalena Dobromila Rettigova was a woman of many talents and interests but today she is perhaps best-known for her famous cookery book, which can still be found on many a bookshelf in the Czech Republic.

Madgalena Dobromila, nee Artmannova, was born into a middle-class family in 1785 in a small village west of Prague. Although originally educated in German, in her early teens she started going to a Czech school in the city of Plzen. At that age she was already writing simple poetry. On her 23rd birthday Magdalena married Jan Alois Rettig who supported his wife's literary efforts (mostly syrupy and sentimental texts) but also won her over to the ideals of the Czech national revival.

In 1826 Madgalena Dobromila Rettigova published her legendary recipe book called "A Household Cookery Book or A Treatise on Meat and Fasting Dishes for Bohemian and Moravian Lasses". The book became a 19th century bestseller and for a long time remained the only cookery book written in Czech. Most of the dishes are not exactly low in fat and carbohydrates - just reading the recipes can give you heartburn - but there is also a selection of fresh vegetable salads and about fifty vegetable dishes. On the whole you can see that in her book Rettigova was aiming for a balanced diet, not forgetting the importance of exercise to compensate for the intake of calories.

Very few people actually own the original of Rettigova's Household Cookery Book, but the book can be found in a great number of Czech homes - as it has been reprinted countless times, most recently last year. Although hardly a source of cooking inspiration today, Magdalena Rettigova's legendary cookery book remains an interesting record of Czech culinary habits of two centuries ago and also a pioneering effort to bring new ideas into cooking and share them with the Czech-speaking public of that time. 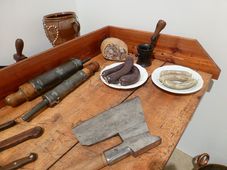 The emperor's schnitzel: Food in the Austro-Hungarian Empire

In our age of celebrity chefs and cookbooks for all skill levels and wallet sizes, we may sometimes forget that food was an important…

The emperor's schnitzel: Food in the Austro-Hungarian Empire

In our age of celebrity chefs and cookbooks for all skill levels and wallet sizes, we may sometimes forget that food was an important… 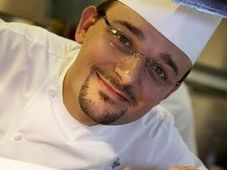 No dumplings please, we’re Czech – local cuisine throws off shackles of drab past

The Czech capital Prague has just become the first city in the former eastern bloc to receive a coveted Michelin star. The world-renowned…